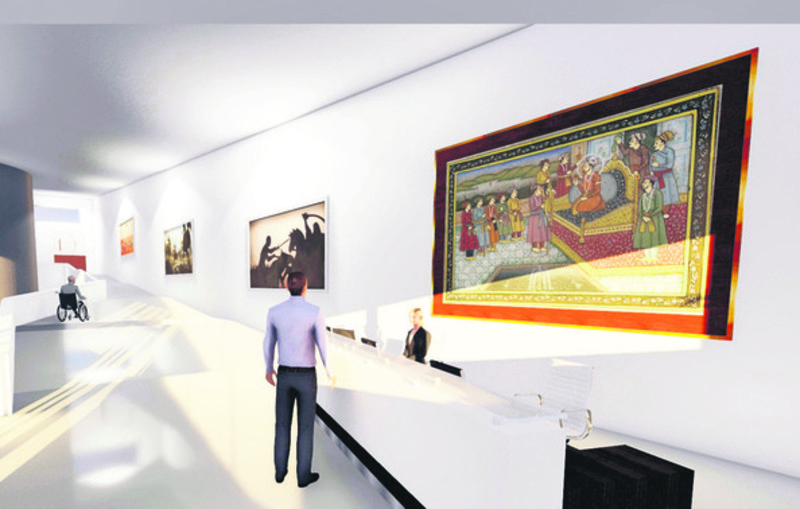 by Daily Sabah Jun 23, 2015 12:00 am
To reanimate the Battle of Manzikert - "Malazgirt" in Turkish - between the Byzantine Empire and Seljuks, after which Anatolia became Seljuk land, the 1071 Malazgirt Panorama Museum will be built in Muş's Malazgirt district. Speaking to Anadolu Agency (AA), Muş Governor Vedat Büyükersoy said that the museum is a project to make the Manzikert victory understood more widely and promote the Victory Monument in Muş. Büyükersoy said the Manzikert victory is as important as the Battle of Gallipoli. "We decided to build a museum after the annual celebrations marking the Battle of Manzikert. Soon, a workshop will be held to design a script for the 3-D panorama and its main idea," he said. The museum project is being carried out in partnership with the Muş Governorship, Culture and Tourism Ministry, Malazgirt District Municipality, Muş Alparslan University, Provincial Special Administration, Eastern Anatolia Development Agency and the Chamber of Commerce and Trade.

The ministry has provided TL 2.5 million ($935,000) for the museum building. Büyükersoy said that during the workshop, the committee will also decide which historic objects will be displayed at the museum. "Not only Turks, but Kurdish, Georgian, Circassian and even non-Muslim Pechenegs participated in the battle. The collaboration of different nations shows that people from different ethnic backgrounds started to live together even during those years. We think the new museum will add value to this harmony. I hope we can accomplish it," he said. Recalling the 1453 Panorama Museum in Istanbul, Büyükersoy said when the museum is complete students and visitors from other cities will come to the new museum as they go to Istanbul and Çanakkale. "The museum will contribute to culture tourism and raise awareness by creating a common culture," he said. As part of the project, the museum will be built near the monument along with an open-air museum, mosque, café, restaurant, a ceremonial venue and a special place honoring Seljuk Sultan Alp Arslan.
Last Update: Jun 23, 2015 10:07 pm
RELATED TOPICS