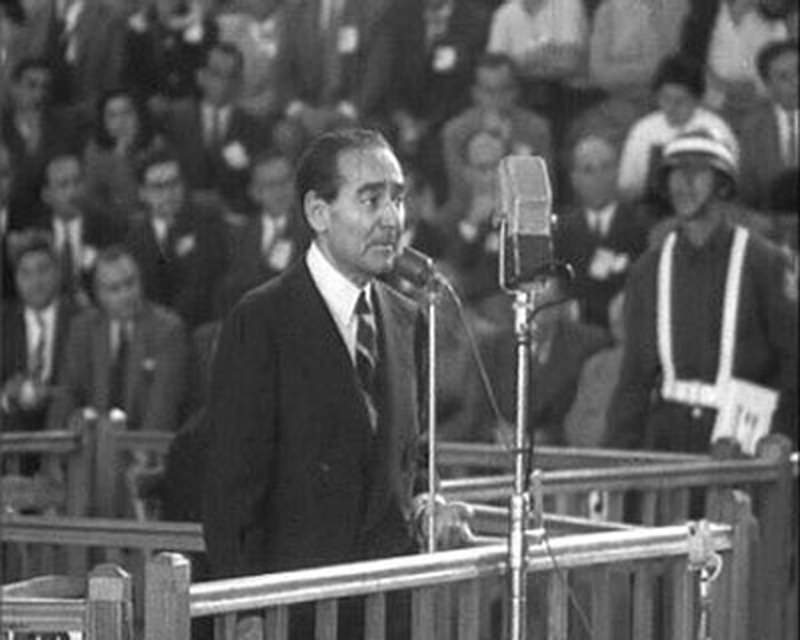 by Anadolu Agency Jun 25, 2015 12:00 am
The provincial director of culture and tourism in the southwestern Turkish city of Aydın, Nuri Aktakka, released a written statement announcing they have begun work to establish a museum in memory of the late former Prime Minister Adnan Menderes upon the instruction of Prime Minister Ahmet Davutoğlu. He said they are considering converting an old building of the Aydın Archaeological Museum into the Adnan Menderes Democracy Museum in collaboration with the Culture and Tourism Ministry. He added that a committee from the ministry has already conducted a study on the building they are considering for the museum.

"We ask establishments and people that have any information and documents about Adnan Menderes to contact us. Following the content collecting work for the museum, we will choose what to display. We want to complete all the necessary work and open Adnan Menderes Democracy Museum to our people as soon as possible," Aktakka said, adding that the collection work for the museum is expected to last until the end of this year.
Last Update: Jun 25, 2015 10:29 pm
RELATED TOPICS