Stolen Seljuk manuscripts returned to Turkey from US 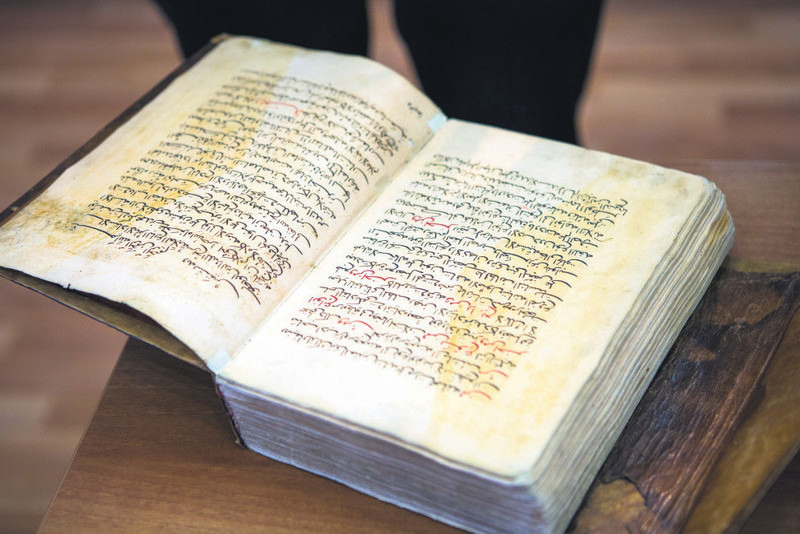 Hüseyin Şen, a Turkish Ph.D. student at Utrecht University, discovered that two Seljuk-era handwritten manuscripts that were stolen from Yusuf Ağa Manuscript Library in Konya were featured in the Lawrence J. Schoenberg collection of the University of Pennsylvania's Rare Books and Manuscripts Library. After discovering the priceless manuscripts' whereabouts, Şen contacted Sare Davutoğlu, the wife of Prime Minister Ahmet Davutoğlu. Following an investigation conducted by Konya Manuscript Library Manager Bekir Şahin and experts from the Culture and Tourism Ministry, it was discovered that the two Seljuk-era manuscripts were among 103 manuscripts and seven books in Arabic letters that were stolen from Konya in 2000. The manuscripts titled "El-İşaret Ve't-Tenbihat Fi'l-Mantık," which was registered to the library as item no. 5,554, and "Miftahu'l-Ulum," which was registered as item no. 5,545, were returned to Turkey on June 22, thanks to the initiatives of the Culture and Tourism Ministry.

Şen, who is very interested in rare books and manuscripts, said he gathers as much information as he can, as well as the catalogs of important collections. "I searched the collections that have been gathered in the last 15 years to see if I could come up with something. Soon, I realized that the manuscripts I studied were the same as the stolen ones. As I continued with my research, I became more assured," Şen added.

As soon as Şen determined that he found the stolen manuscripts, he contacted the Turkish authorities via email. "An investigation should be launched to discover who sold the Seljuks-era manuscripts to the university," he stressed.

Şahin said the covers of 64 rare books were also stolen from their library along with the two manuscripts. "It seems that the people who stole these books manufactured new book covers by using the ones they stole. They divided a book into two and sold it as two different books. With the manuscripts, we were able to recover two of these book covers," he said, adding that the manuscripts and the books were restored with great care. However, following their investigation, it is revealed that the information about the Sadreddin Konevi Foundation, which was originally featured on the first page of one of the books, was erased.

"During the recovery process, we showed what we have on these manuscripts as evidence and proved that these priceless works originally belonged to Turkey. Thanks to the initiatives taken by the ministry, we were able to recover the manuscripts. We thank the administration of the University of Pennsylvania for protecting the works to serve scholarship as well as the entirety of humankind, and appreciate their collaboration in returning them," Şahin said.

Konya Governor Muammer Erol thanked Şen for informing the authorities about the whereabouts of the manuscripts and for helping to return these works to Turkey.

Erol, who presented a plaque to Şen, highlighted the importance of Şen's tip-off, and said: "This is not just a simple tip-off. Şen worked hard to prove the originality of the manuscripts, so we present this plaque to thank him. His efforts should present an example for the recovery of other stolen works."
Last Update: Jul 09, 2015 7:55 pm
RELATED TOPICS