First residents of Gökçeada found to be from Anatolia 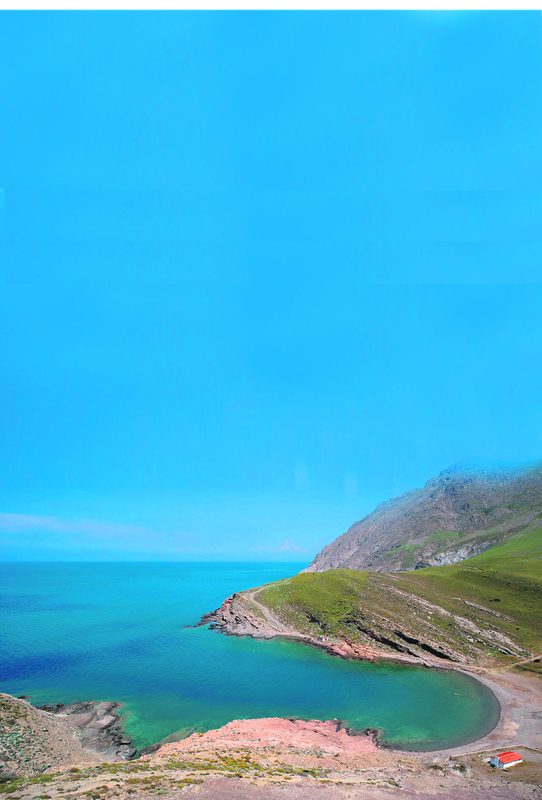 Excavations that have been ongoing for the last six years have revealed that the first residents of Gökçeada in Çanakkale province were migrants frrom Anatolia dating back to 8,500 years ago

Archaeological excavations over six years on Gökçeada, Çanakkale, indicate that the first residents of Çanakkale migrated from Anatolia about 8,500 years ago. Professor Burçin Erdoğu, head of the Uğurlu-Zeytinlik Excavation Board and head of the Department of Archaeology at Trakya University, told Anadolu Agency that they conducted the excavations on a mound located about 900 meters east of Uğurlu village. Erdoğu said that the excavations have been carried out since 2009 and that they show that human existence on the island of Gökçeada dates to 8,500 year ago.

Stressing that their main purpose is to determine the first people who migrated to the area, Erdoğu said that they were looking for answers for questions such as why people came there, how they settled, lived and maintained their lives.

Erdoğu said that the region had some of the first settlements among other Eastern Aegean Islands. "Agricultural societies established a small settlement here by coming from Anatolia with their animals like sheep, goats, cows and [crops like] cereals such as wheat and barley. We see this settlement developed a lot and gradually started to form its own identity in 6000 B.C. It seems an interruption occurred in 5500 B.C. We understand that even though some changes occurred in architecture and nourishment, the island protected its identity. In other words, we can talk about an island culture and an island identity here," Erdoğu explained.

He said that they aim to learn how the island culture had formed. "We are investigating how the first residents on Gökçeada made comprehensive contact both with the mainland and other islands as well."

Erdoğu said they have unearthed various artifacts during the excavations like statuettes and added: "We didn't expect to find such small statuettes in this excavation field. Additionally, there were many bones and stone tools."

He said they found that people had engaged in very comprehensive trade at that time. He pointed out that they had obsidian - a type of volcanic rock that is normally found in Greece's Milos Island and Turkey's central Anatolia region. Erdoğu said that they also found firestones intrinsic to Bulgaria during the excavations and continued: "Although there was no marble on the island, we found marble artifacts, so we came to know that people living here had had a comprehensive communication network. We confirmed that bones had been used for different purposes. People made tools such as piercers and diggers from bone. There were some tools like scrapers that had been probably used to process leather. There were also fishhooks and fishing rods. We think some of these had been used for fishing. We understand that fishing had been of secondary importance on Gökçeada. People mostly engaged in stockbreeding and agriculture." Erdoğu added that the 2015 excavation period finishes at the end of August.
Last Update: Jul 24, 2015 11:29 pm
RELATED TOPICS