Researcher says Quran in Topkapı may be the oldest 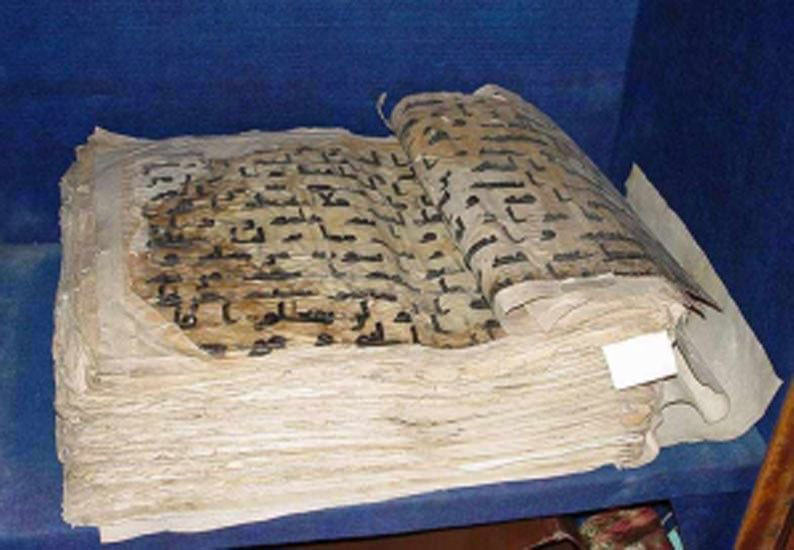 by Asena E. Arıoğlu Jul 27, 2015 12:00 am
The Research Center for Islamic History, Art and Culture (IRCICA), which prints and publishes the oldest transcripts of the Quran online, has taken action with regard to the recent discovery of the oldest transcript of the Quran at Birmingham University. IRCICA General Director Halit Eren said: "We called the university and requested the transcript be delivered to us. However, there is a lingering question: How many pages is the transcript? There is no information on this question. On the Internet, it seems that there are two folios. If that is the case, the Quran in Topkapı Palace is the most complete one. This means that carbon dating should be applied to the transcript in Topkapı Palace as well."

Explaining that they have been researching the oldest Qurans in the world since 2005, Eren said: "We published the Quran in Topkapı Palace, which is said to have been written during the Osman Caliphate era. We scrutinized and published the exact transcript. Furthermore, we released the publication of a transcript from Yemen, which is said to be by Caliph Ali, another one from Cairo by Caliph Osman and others from Paris. We have examined and prepared a transcript for publication in Germany, at the University of Tübingen library. If the Quran in Birmingham is two folios as it appears on the Internet, the transcript in Topkapı Palace will be the most complete example at hand, as it only has two pages missing."

Eren stressed that they asked for permission to carbon date the transcript in Topkapı Palace. "To do so, we were supposed to be given a 4-millimeter-long piece to take to Germany or the U.K. Unfortunately, we weren't given permission. I would like to repeat my demand. The Culture Ministry can also run the test by itself. This way, we can gain information as to which year the scripture and the leather belongs," Eren said.

Former Minister of Religious Affairs Tayyar Altıkulaç, who conducted detailed examinations of transcripts that were published by the IRCICA, spoke about the transcript in Birmingham. "I have seen the pages of that transcript online, and I have evaluated the dictation, punctuation and ornamentation used on the pages. It does not seem to be the case that the transcript belongs from the time of Prophet Muhammad. However, I believe that it might have been written during the caliphate of Uthman, a sahabah, or companion of Prophet Muhammad. The sahabah wrote collections involving certain sections of the Quran. Though, when Prophet Muhammad was alive, no one thought about gathering the verses, as the revelations continued to come," he said.
Last Update: Jul 27, 2015 9:00 pm
RELATED TOPICS