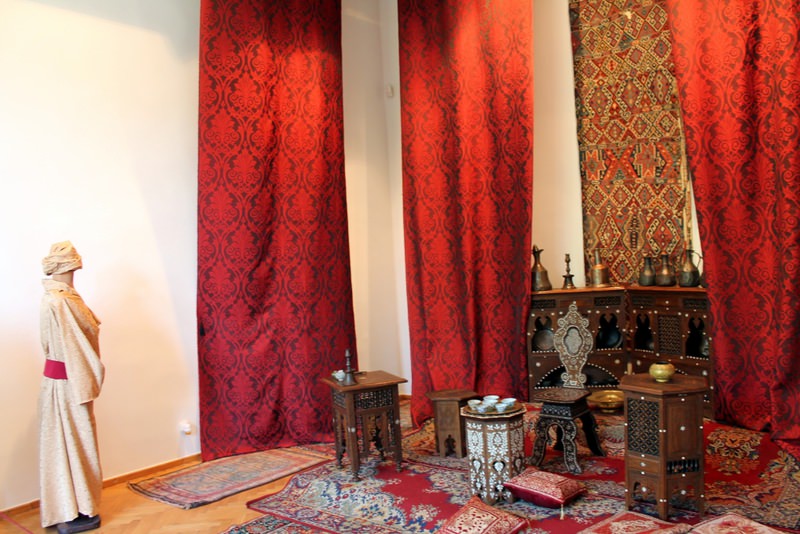 by Anadolu Agency Aug 05, 2015 12:00 am
Inspired by Hungarian author Kalman Mikszath's work, the city of Kecskemet in Hungary has organized the exhibition "Speaking Kaftan," which sheds light on Ottoman-era Hungary.

Speaking at the opening ceremony, Turkey's ambassador in Budapest, Şakir Fakılı, said that Kecskemet is one of the fastest growing and developing cities of Hungary, adding that the local people of the city used to live together with other people in the Ottoman Empire. "The city showed great progress in commerce, agriculture and industry under Ottoman rule. During that period people were able to perform their faith freely. Some historians claim that Kecskemet was once more prestigious than the former capital of Buda," Fakılı said.

In a statement to Anadolu Agency (AA), the manager of the museum, Rosta Szabolcs, said they aim to "introduce Turkish people and the Ottoman Empire objectively." He said that Hungarian-Turkish relations are better than ever, and added: "Hungarians show great interest in Turkish culture. They are especially curious about the lifestyle of their ancestors under Ottoman rule. As Kecskemet was a peaceful city back then, it improved in various fields." The opening ceremony was overseen by Kecskemet Mayor Szeberenyi Gyula Tamas, Yunus Emre Institute Budapest Turkish Cultural Center Manager Yakup Gül, and a number of other guests. The exhibition will be open until March 2016.
RELATED TOPICS