Ancient necropolis to become a center of culture 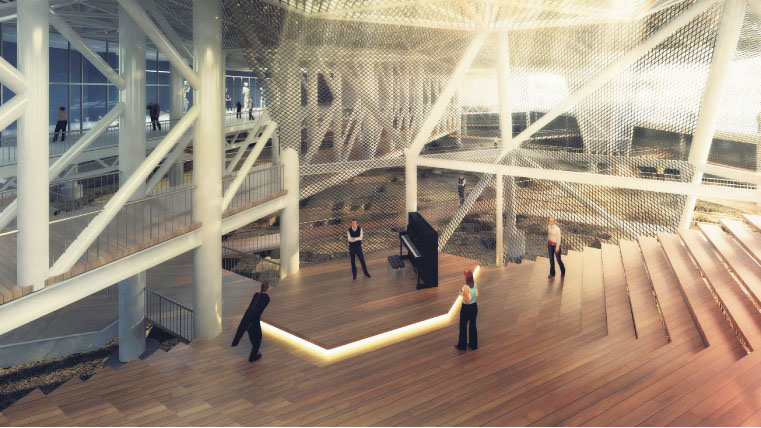 The ongoing excavations in the ancient necropolis in Antalya have revealed that the history of the area dates back 3,000 years ago in conrast to previous information indicating 2,000 years. The area will become a new cultural site with a new museum, performance halls and public stores

It has been revealed that Antalya's history dates back to at least 3,000 years ago - more than 1,000 years before what was originally thought - thanks to the necropolis (ancient city cemetery) found during the construction of the Eastern Garage Project. The excavation work in the necropolis area, which is the first stage of the Antalya Metropolitan Municipality's Eastern Garage Project, is being conducted with great care and sensitivity. For instance, construction vehicles are not used in the area in order to prevent the historical cemeteries from being damaged.

Work is being conducted with great care on the first stage of the Eastern Garage Project to keep the traditional bazaar culture of Antalya alive. The work on the first stage of the project began in May. Teams are conducting special work to lay the foundation for the load-bearers of the roof, which will protect the necropolis from external elements like the sun and rain. Each foundation dug in the historical cemetery area is dug by hand and simple construction vehicles.

Replicas to be exhibited in Antalya

The necropolis' roof, which will be built using modern construction techniques, will be quite light. Load-bearing columns will be erected to support the roof without damaging the ruins in the area. The work is being conducted under the supervision of a control team that is comprised of Antalya Metropolitan Municipality archaeologists and technical officials, and is supported by the Antalya Regional Committee of Cultural Property and the Antalya Museum Directorate. Antalya Mayor Menderes Türel said: "I was very excited when I saw the view over there. There were many skeletons, cemetery hollows and original works. I said 'I am as happy as if we struck oil.' While we are trying to create a center of attraction in the eastern garage, the necropolis we found will increase the region's attractiveness. We started working with archaeologists from the Culture and Tourism Ministry and the Museum Directorate. They have worked with extreme care, and they took the original artifacts under the protection of the Museum Directorate. I hope we will exhibit the replicas of the original artifacts here when we unveil the project. We thought the history of Antalya started 2,000 years ago, but excavation work conducted here revealed the truth. These artifacts date back to 3,000 years. With this necropolis, the history of Antalya was extended from 2,000 years ago to 3,000 years ago."

Display, figure and information techniques will be used at the necropolis and be organized with the concept of "Modern City Museum." The area will host periodic and year-long exhibitions. The ancient floor revealed during the archaeological excavations will be in harmony with the surrounding elevation level thanks to a platform. Thus, half-open exhibitions will be created. The route leading to the necropolis will be created by using wood, glass and steel elements.

Tender preparations for the second stage of the Eastern Garage Project are ongoing. The second stage of the project will include cultural, social and commercial facilities as well as environmental planning. The project, which is planned as an urban complex, also involves technical and logistics units. It will maintain the culture of the traditional public market around the necropolis in the eastern garage and contribute to increasing the trade activities in the city center. Moreover, restaurants, shops and stores for artisans will help keep the traditional public market culture alive.

Concert and theater halls to be built

The project will also function as a culture center. The largest underground garage of the region with a capacity of 700 vehicles will be built as part of the project and a garage with a capacity of 25 buses will be located in this area. Moreover, the Metropolitan Conservatory will be moved to the top floor of the bazaar to provide liveliness. A concert and theater hall with a capacity of 700 people will provide services within the building as well.
Last Update: Aug 10, 2015 1:54 am
RELATED TOPICS