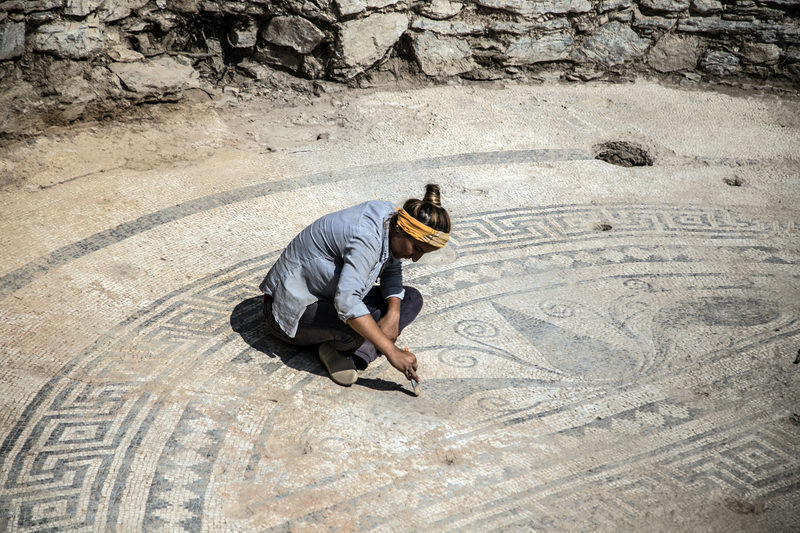 by Anadolu Agency Aug 17, 2015 12:00 am
Featuring plants and geometric figures, a 2,000-year-old Roman mosaic has been unearthed during excavations in Antiochia ad Cragum, an ancient Hellenistic city in modern day Antalya province's Güneyköy village. Since 2005, an international archeological team has been conducting excavations in the area. Presently, excavations are conducted under the leadership of Professor Michael Hoff of Nebraska University in the U.S. Associate Professor Birol Can of Uşak University coordinates the dig.

Can said that the ancient city also has some Roman-era baths. "This year we uncovered a mosaic on a 150 square meter area," he said. Archeologists have also unearthed a parliament building with wooden stairs. "Next year, we are planning to reveal the whole building. According to our present findings, the building was used not only for official meetings, but also theater performances and musical events," he said.
RELATED TOPICS