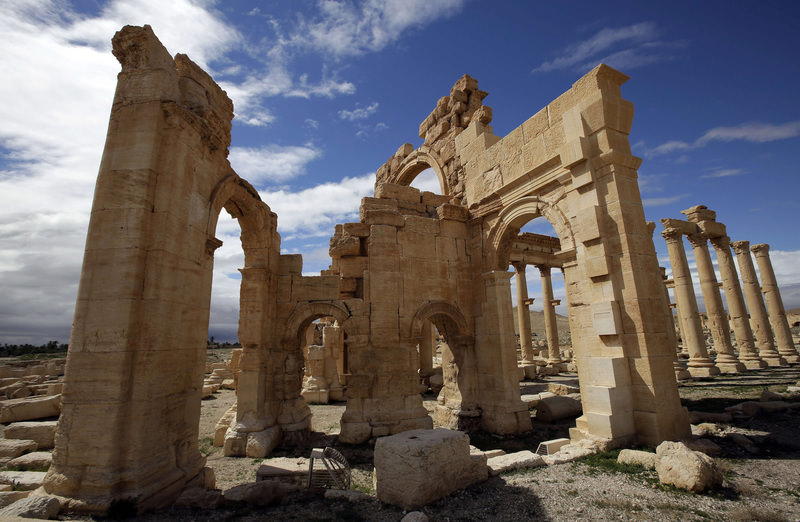 by Aug 26, 2015 12:00 am
Demolition of an renowned ancient Roman temple by ISIS in the Syrian city of Palmyra is a war crime that targeted an historic symbol of the country's diversity, the U.N. cultural agency UNESCO said on Monday.

Ultra hardline ISIS militants blew up the temple of Baal Shamin on Sunday, Syria's antiquities chief Maamoun Abdulkarim said, describing the destruction of one of the most important sites in the central city.

"Such acts are war crimes and their perpetrators must be accountable for their actions," UNESCO Director General Irina Bokova said in a statement.

She also condemned the killing of Khaled al-Asaad, an 82-year-old archaeologist who had looked after Palmyra's UNESCO World Heritage ruins for four decades. Abdulkarim said last week the ISIS had beheaded Asaad and hung his body from one of Palmyra's Roman-era columns. Before the capture of Palmyra by the ISIS, Syrian officials said they moved hundreds of ancient statues to safe locations out of concern the militants would destroy them. Islamic State, which holds parts of Syria and Iraq, seized the desert city of Palmyra in May from government forces but had initially left its ancient sites undamaged.

In June it blew up two shrines that were not part of its Roman-era structures but which it regarded as sacrilegious. It had also used Palmyra's Roman amphitheatre as a place for killing people it accused of being government supporters, according to a Syria monitoring group. The Baal Shamin temple was built nearly 2,000 years ago and its inner area was severely damaged by the explosion, which also caused surrounding columns to collapse, according to UNESCO.

"The art and architecture of Palmyra, standing at the crossroads of several civilizations, is a symbol of the complexity and wealth of the Syrian identity and history," Bokova said. "Extremists seek to destroy this diversity and richness, and I call on the international community to stand united against this persistent cultural cleansing."