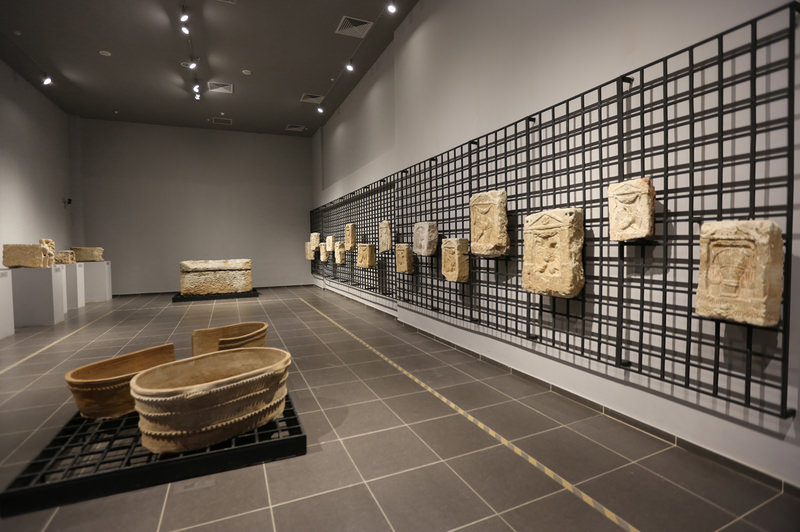 by Anadolu Agency Sep 01, 2015 12:00 am
A rise in PKK terrorist attacks in southeastern Turkey has been linked to a significant drop in visitors to the Haleplibahçe Museum in Şanlıurfa.

Haleplibahçe opened on May 25 and serves as Turkey's largest indoor museum. Built over a 20-hectare area near Balıklıgöl, the museum allows visitors to experience history through viewing its 10,000 artifacts on display as well as visual animations showcasing the entire history of the region.

More specifically, the museum contains hundreds of stones carved in the likeness of human and animal figures, tombs and epitaphs. The museum also has separate exhibits for the Paleolithic, Neolithic, Chalcolithic, Bronze and Iron ages as well as the post-Islamic period.

Although local and international tourists flocked to the museum when it first opened, the number of visitors has been declining due to safety concerns brought upon by the recent surge in PKK terrorism.

Speaking to Anadolu Agency, Müslüm Ercan, the manager of Haleplibahçe Museum, said history and art buffs showed great interest in the museum when it first opened. Stating that they broke an attendance record by welcoming 50,000 visitors on the Sunday following the museum's opening, Ercan said, "It proved that the museum has great potential; however, recently there has been a significant drop in the number of visitors." According to Ercan, the current number of daily visitors is around 500.

Ercan underscored that most of the museum's visitors are locals. "God willing, peace will reign over the region once again," said Ercan. "We have high expectations for the museum. Our biggest problem is the terrorist attacks. We pray for these attacks to stop. God willing, we will have peace again." Ercan believes tourism plays a very important part in the development of southeastern Anatolia and hopes the industry will recover soon.
Last Update: Sep 01, 2015 11:34 pm
RELATED TOPICS