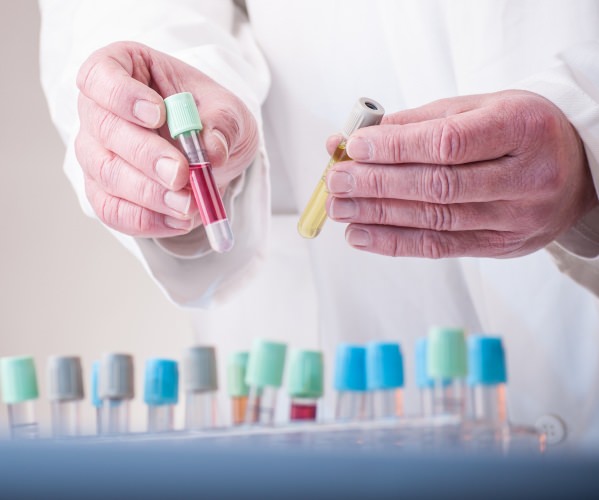 | AP Photo
by Anadolu Agency Sep 10, 2015 12:00 am
A U.S.-based biotech startup on Thursday launched the very first "liquid biopsy", a non-invasive procedure meant to detect DNA mutations in a healthy person's blood that could lead to cancer later in life.

California-based Pathway Genomics believes the screening will help patients deal with cancers before any symptoms even appear.

The Cancer Intercept test will be available for two distinct demographics: healthy individuals who have high risk factors such as like a family history of cancer, and patients with active or previously diagnosed cancers.

The test seeks mutations that gene cists usually associate with lung, breast, ovarian or colorectal cancers as well as melanoma. CancerIntercept can also find mutations that aren't as common but are connected to diseases like pancreatic, head and neck, thyroid, gastric and prostate cancers.

"Early detection is the single most important factor in ensuring successful treatments and improved survival rates," Pathway's CEO and founder Jim Plante said in a statement. "Cancer patients and those at risk for the disease can take proactive steps to safeguard their health and fight back against some of the most virulent forms of the disease."

The tests will be available for $299 in the United States. A doctor must order the test after reviewing an individual's cancer risk factors.

Cancer is a leading cause of death across the globe. The World Health Organization (WHO) said 14 million new cases were detected in 2012, and 8.2 million suffered cancer-related deaths. The WHO believes the number of new cases will rise 70 percent during the next two decades.

It is still unclear whether possessing genetic information can lead to improved health for otherwise healthy individuals, but Pathway believes if preventative measures are taken, lives can be saved.