Secret chambers may have been found in King Tutankhamun's tomb: Egypt 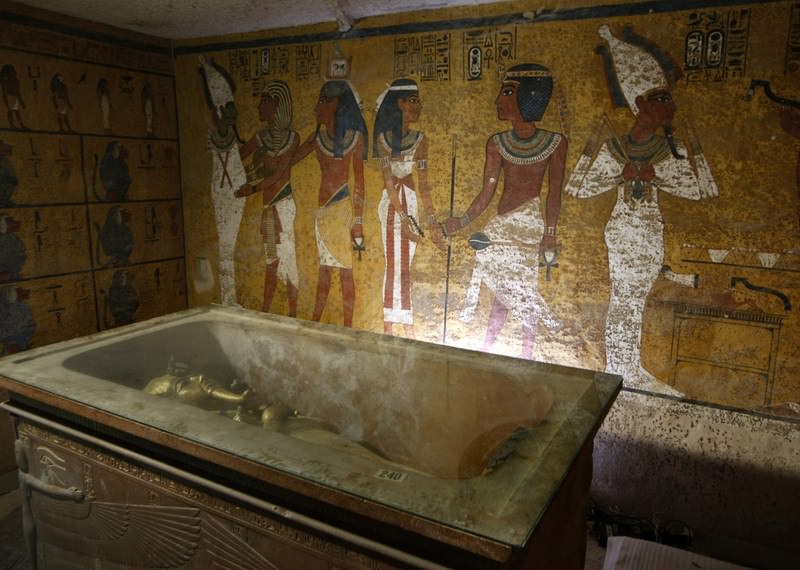 A file picture taken on November 4, 2007 shows the sarcophagus of King Tutankhamun, known as the 'Child Pharaoh' in its burial chamber. (AFP Photo)
by Associated Press Sep 29, 2015 12:00 am
Egypt's antiquities minister says King Tutankhamun's tomb may contain hidden chambers, lending support to a British Egyptologist's theory that a queen may be buried in the walls of the 3,300 year-old pharaonic mausoleum.

Mamdouh el-Damaty said Tuesday during a visit to Luxor that he will ask for final approval of the use of radar inspection of the tomb in the famed nearby Valley of the Kings.

El-Damaty is visiting the area with Egyptologist Nicholas Reeves, who recently theorized that Queen Nefertiti may be buried in the walls of the tomb.

El-Damaty says "there's probably something" behind the walls, but that if anyone is buried there it is likely Kia, who is believed by some Egyptologists to be the mother of Pharaoh Tutankhamun, popularly known as King Tut.