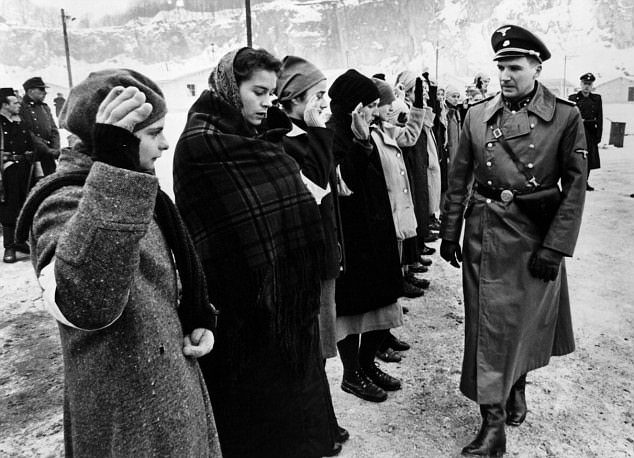 SCHINDLER'S LIST [US 1994] Ralph Fiennes as Amon Goeth, Camp Commandant, chooses a housemaid pictture from the Ronald Grant Archive.
by Oct 19, 2015 12:00 am
From the number of Cretans to be executed for every dead German soldier to advice on which brothel to use, new research is shedding light on Nazi wartime atrocities in Greece.

Greece's defence ministry on Monday unveiled its first findings from research into formerly classified Wehrmacht papers found in archives in the United States.

The senior historian working on the project spoke of an "endless list" of killing, looting and burning of villages, drawn from local dispatches to the Wehrmacht high command and personal diaries.

"It is an endless list of tragedy," said Efi Paschalidou from the Greek army history department (DIS).

The dispatches provided weekly casualty reports but when referring to slain Greeks, they "rarely state whether the dead are women or children," she said.

Reprisal killings were referred to as "atonement measures".
They also list tonnes of goods which were seized at a time when much of the country was starving to death -- including livestock, wheat, olive oil, vehicles and even wool carpets.

The documents relate to a four-year period which covered the invasion of Greece in 1941, the battle of Crete, the occupation of Athens and efforts to suppress the Greek resistance movement which continued until 1944.

"There must be no hesitation, even towards the families... suspects must be executed on the spot," one dispatch said, adding that weakness "would cost German blood."

Meanwhile on Crete, which managed to hold off the invasion for longest, the high command decreed that 10 Cretans be executed for every dead or injured German.

And the few Cretan labourers who agreed to work for the Germans were paid less than the cost of a loaf of bread.

In Salonika, special brothels were set up for German troops with one dispatch explaining the need by saying most local women "have venereal diseases."

"The value of this information is that it is not coming from a Greek grandfather. It's from Hitler's forces themselves," Paschalidou told AFP.

DIS head brigadier Nikolaos Delatollas said German-speaking Greek soldiers, supervised by experts, had worked long hours to translate the material, some of it handwritten and tough to decipher.

It came in the form of 162 microfilms provided by the US National Archives between 2005 and 2007.

Earlier this year, Greece had said it would use the information to press its claim for German reparation payments.

Greece's parliament also tasked a special committee with looking into war reparations, reimbursement of a forced war loan and the return of archaeological relics seized by the German occupation forces.

Berlin has said the issue of reparations to Greece was settled in 1960 as part of an agreement with several European governments.
Last Update: Oct 19, 2015 6:42 pm
RELATED TOPICS