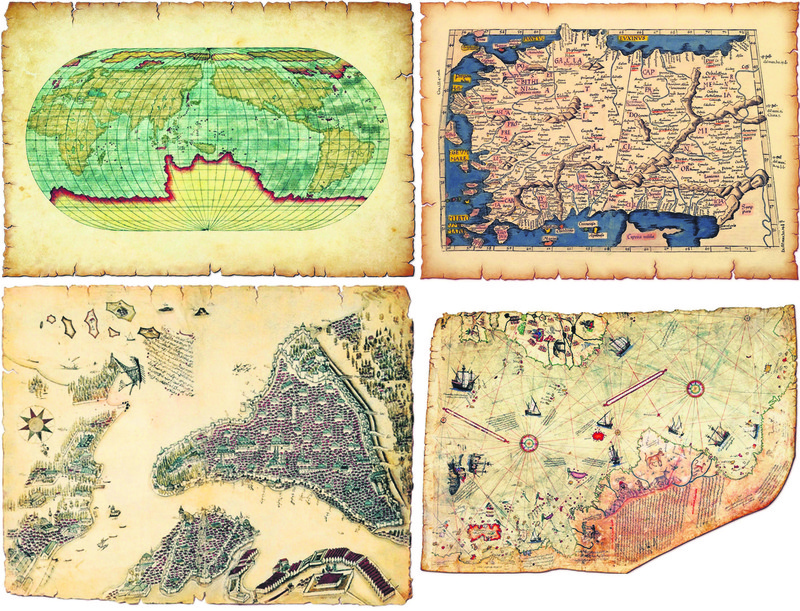 Known for its large and rich archive, the Vatican is in possession of Ottoman scholar Katip Çelebi's treasured map, which will be displayed at Harvard University and Istanbul Aydın University

Vatican City, which has the richest archive in the world, and Istanbul Aydın University signed a historical agreement to allow the documents related to the Ottoman Empire and early Republican-era to be made available to the public in Turkish and English. The agreement was signed in the Vatican by the university's chairman of the board of trustees, Mustafa Aydın, and archivist and librarian of the Holy Roman Catholic Church, Archbishop Jean-Louis Brugues. Aydın visited the Vatican with the Vatican's spokesman for Turkey and manager of the university's Archive Research Center, Rinaldo Marmara, and the university's project coordinator, Muzaffer Baca. Brugues showed around the archives whose shelves are 67 meters long.

Commenting on the agreement between Vatican City and Istanbul Aydın University, Aydın said, "This is very exciting news for the science world. We will publicly release the never-before-seen historical documents stored in the richest archive in the world about the Ottoman Empire and the Republic of Turkey. This is a historical win in Turkey's history."

Thanks to the initiatives of the Archive Research Center and Vatican City, the historical documents about the contacts between the Vatican's representatives and the officials of the Ottoman Empire as well as Turkey, the correspondences with these states and the notes on the observations of the Vatican representatives will be translated into Turkish and English.

The selected Vatican documents will be arranged in chronological order under the project titled "Ottoman and Early Republic Research Program in Vatican Archives." The project will be under supervision of Rinaldo Marmara.

The Vatican archives will be open for the use of the university's students and researchers. Studies will be used to prepare special books on the Crusades and the Battle of Gallipoli. The Vatican policies on the Ottomans' European conquests will also be explored and published in books.

"The documents in the Vatican archives and library are priceless for researchers. If the documents related to Turkish history are examined in detail, we will accomplish a very important responsibility," Istanbul Aydın University said in a statement. An agreement between Istanbul Aydın University and Pontifical Gregorian University established in the 15th century was concluded to allow master's and doctoral students as well as lecturers of the departments of history and international relations to research on Vatican archives.

Opened in 1985, the Vatican library includes 70,000 manuscripts, 100,000 biographies, 1 million books, 100,000 maps and drawings. A number of precious maps are stored in a bunker extending over a 700-square-meter area. Marmara said the Vatican archive harbors thousands of never-seen historical documents on many countries including Turkey. He said it takes time and requires experience to research them. Marmara previously revealed the correspondences between Ottoman sultans and the popes in the Vatican archives.

Among them, there are letters written by Pope Pius IX to Sultan Abdülmecid from 1848 to 1850 as well as some others illustrating the good relations between Sultan Ahmed III and Pope Alexander VII. There is also another letter sent by Sultan Reşad V to the then pope along with Sultan Ahmed III's letter to the Polish king, notifying of the sultan's enthronement with a peace message.

The archive also houses a 40-page manuscript written by Giacomo Soranzo on the Ottoman Empire in 1576 as well as a 65-page manuscript of Francesco Zenco on Turkish traditions and customs at the time of Sultan Beyazıt II. The archive's section for foreign affairs has some documents on non-Muslim communities in the Ottoman Empire as well as holds the Treaty of Lausanne.