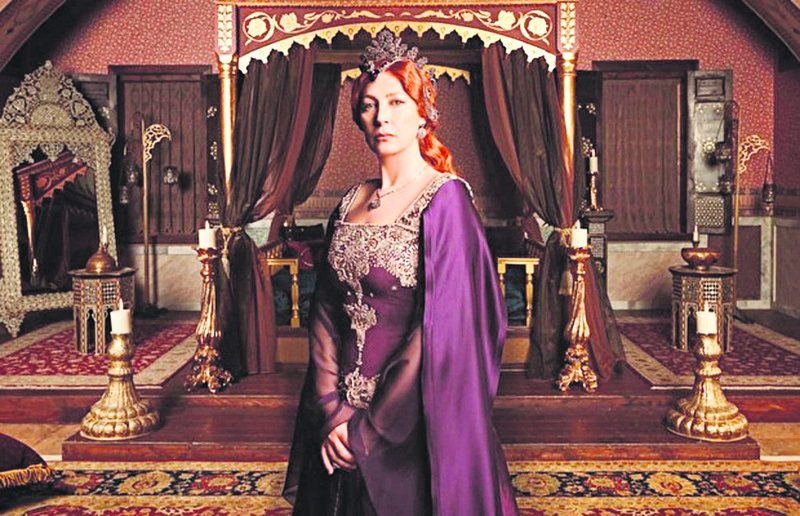 TV series depicting female sultans who employed implicit power on young Ottoman emperors from time to time have sparked hot debates on the ethics and reality of scenarios for the last few years. Historian Erhan Afyoncu gave remarks on the highly-discussed matter

History writer Erhan Afyoncu, who is the chair of the Department of History at Marmara University, said the period dramas aired on TV, which have been criticized by some people, have positive influences on society. "Period TV series lead to an interest in history," he said.

Speaking to Anadolu Agency (AA), Afyoncu commented on the criticisms, indicating that the characters featured in the TV dramas do not portray the real characters in history. However, he said period dramas are a new genre for Turkish TV channels and the infrastructure for this genre has not yet been developed. 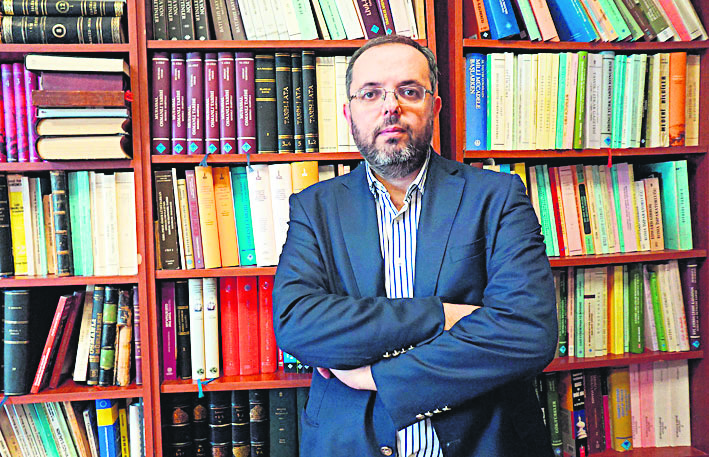 Afyoncu said TV series sometimes garner bad reputations among the public. "TV series are fictional, but they are fed by history," he said. He added that it is not possible to adapt every event to the screen while remaining faithful to historical facts.

Afyoncu stressed that history cannot be learned from TV series, fiction novels or films and continued: "TV dramas that focus on historical characters and incidents arouse people's curiosity for history. The audience of these series might read a book about Sultan Süleyman the Magnificent, Hürrem Sultan or Kösem Sultan. For instance, when the series "Muhteşem Yüzyıl" [Magnificent Century] was being screened, books on Sultan Süleyman sold out and many works about his life and reign were translated. Books in Turkish were also translated to other languages." While the series was highly popular, Afyoncu's book on Süleyman the Magnificent was translated into Romanian and Serbian. "We did not approach them about the translations; in fact, the publishing houses requested our permission for the translations," Afyoncu said. When Afyoncu's book was translated, it was widely promoted in Romania.

Afyoncu said TV series sometimes garner a bad reputation among the public. "TV series are fictional; however, they feed from history," he said. He added that it is not possible to adapt all events to the screen while remaining faithful to the historical facts. "We have no idea about the life in the harem, for instance. We have little information about late period Ottoman sultans, and we have no idea about how they spent time with their wives, ate dinner or spoke as it was harem life. In other words, the restricted zone," Afyoncu said.

Apart from period dramas aired on TV, there are many books about history on the shelves at bookstores. "History is a series of information that we receive through the vision and education of the historian. If the historian is not an expert in his or her field, the information received will be poor. History as a genre is a new concept for Turkish television, and that is why some viewers are having a negative reaction toward such series. They are all fiction; we should not consider them as historical facts," Afyoncu emphasized.

Producers of the TV series often consult with historians and the historians inform the producers that sometimes scriptwriters or the directors miss certain things. "While 'Muhteşem Yüzyıl' was on TV, I told the producers that the quilted turbans featured in the series were smaller than they should be. However, they told me that they cannot make them bigger as they do not look good on the screen. They are doing what they should do," he said.

Afyoncu said TV shows featuring historians and historical topics have been popular in Turkey for the last 15 years or so. "For instance, when the Soviet Union dissolved in the 1990s, people looked back on history. History stands out in times of transitions, especially when the status quo is broken. This did not only happen in Turkey. In the '90s, the world has two different poles. Everything has changed now. We are currently in one of the most important points in Turkish history." Afyoncu said the historical developments in the world affected Turkish public opinion as well. According to Afyoncu, people in Turkey rediscovered the Ottoman Empire along with the rest of the world in the '90s. "Until then we ignored our own heritage. Some people, especially writers, had negative thoughts about the Ottomans; however, the public was sympathetic," Afyoncu said. He added that Turkey realized its bond with other nations and countries following the dissolution of the Soviet Union. "There is a country called Bosnia that was Islamized by the Ottoman Empire. In Macedonia, there are 150,000 Turkish-origin people who were placed there. We embraced our Ottoman history. Back in the day, people in Bulgaria faced a problem about name changing. Most people in Turkey believed that these were people who converted to Islam; however, studies revealed that these people were Turks who migrated from Anatolia, Gallipoli and the Aegean region," Afyoncu said.

Afyoncu claimed that the Turkish audience is not interested in TV series with complicated plots. According to Afyoncu, Turkish people want to watch shows that are not tiring. "They want to see something different, spiced up with a little drama and shady business. The TV series industry has improved a lot. The TV productions shot in Turkey are sold to 50 countries around the world. When I went to Hungary, they asked me when 'Muhteşem Yüzyıl' will air in their country," Afyoncu said.

He said the number of international students enrolling in Turkology departments has increased since Turkish TV dramas began airing in various countries around the world, adding children who watch these series learn Turkish on their own.

Commenting on the new TV series focusing on the life of Kösem Sultan, Afyoncu stressed that Kösem Sultan is one of the most interesting figures in Ottoman history. "Kösem Sultan is one of the most important historical characters of 17th century Ottoman history, which is known as 'The Reign of Women' by historians. People learned more about Hürrem Sultan via the TV series, but she never ruled the empire on her own. On the other hand, Kösem Sultan and Turhan Sultan ruled the empire directly, which was a first in the history of the Ottoman Empire," he said.

Afyoncu said he offered important information about the life and actions of Kösem Sultan in his new book titled "Muhteşem Valide Kösem Sultan" (Kösem Sultan: The Magnificent Mother). He said some historians mistook the written orders of Kösem Sultan with those of Hürrem and Turhan. However, Kösem Sultan's writing is very distinctive, as it is not very beautiful handwriting. "Since she was not educated in a madrasah, her written language is different from the classic Ottoman language that we see in royal documents," Afyoncu added.

He said Kösem Sultan is the mother-in-law of Turhan Sultan. "The documents we have indicate that Turhan Sultan had more control over state matters than her mother-in-law Kösem Sultan. There was a rivalry between them. Turhan Sultan killed Kösem Sultan to take full control and ruled the empire for more than 50 years," Afyoncu said. However, Afyoncu shed light on the fact that Kösem Sultan and Turhan Sultan did not choose to rule the empire, as they - in a way - had to rule as their children were not old enough to rule on their own. He said such female rulers are scarce in the history of Europe, and said "The Reign of Women" relieved the Ottoman Empire during dark times. Afyoncu's new book on Kösem Sultan will hit the shelves in December.
Last Update: Nov 23, 2015 12:27 pm
RELATED TOPICS