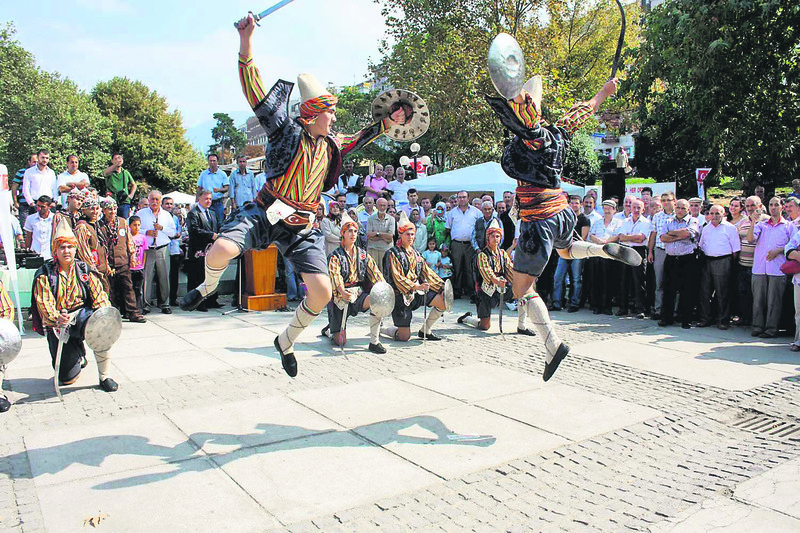 Kılıç-kalkan, a folk dance performed since the 14th century, emerged following a battlefield victory. Although the dance is performed with symbolic swords and shields, its choreography has emphasized brotherhood and peace for seven centuries

The traditional folk dance kılıç-kalkan (sword-shield), which is believed to be more than 700 years old, is one of the rare folk dances in the world performed without being accompanied by music. The dance, which is unique to Bursa, the former Ottoman capital city, has sent a message of peace to the world for centuries. 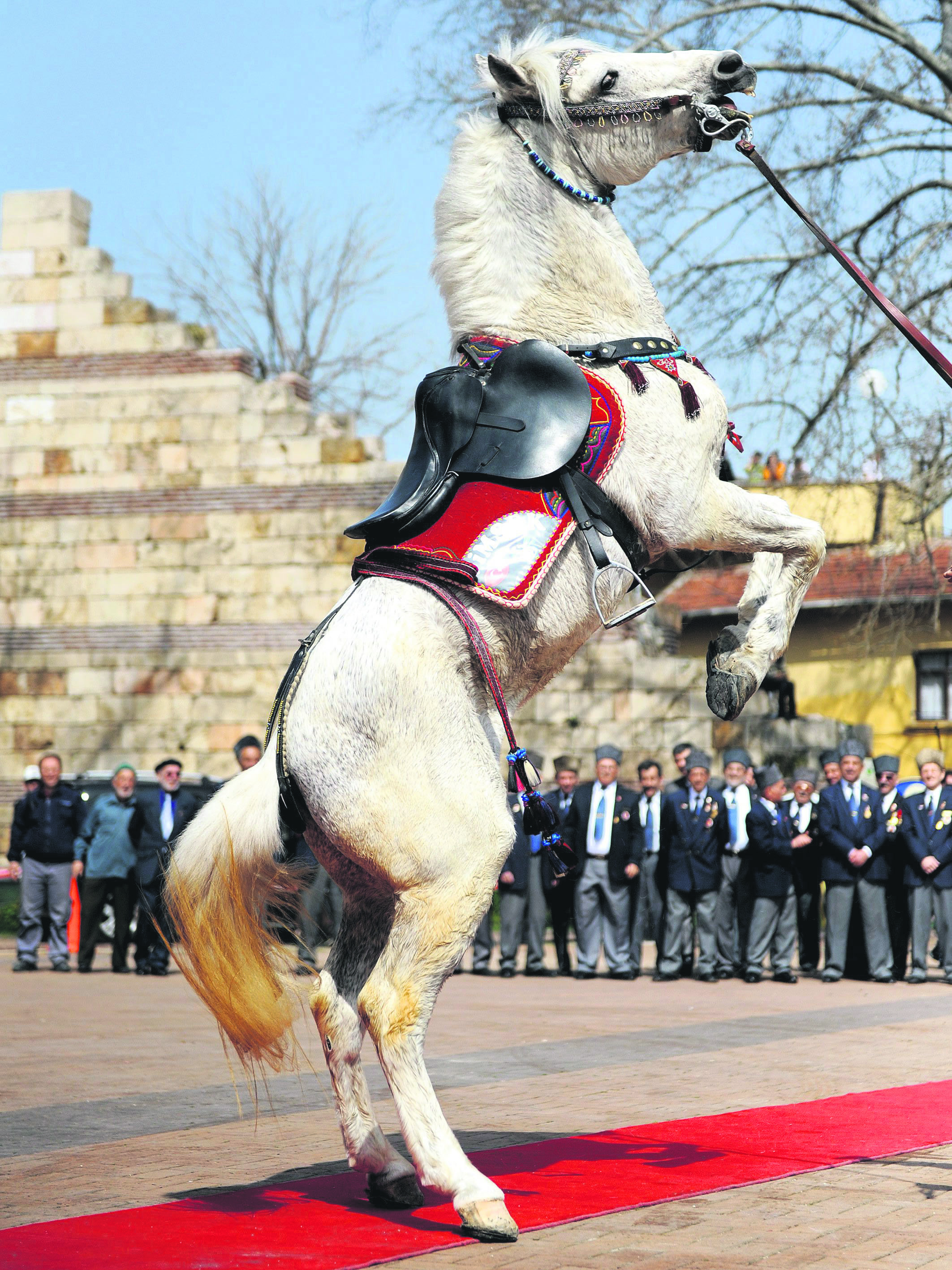 Speaking to Anadolu Agency (AA), Metin Dikerel, the president of the Tahtakıran Kılıç-Kalkan Foundation, said the kılıç-kalkan dance was improvised and performed at ceremonies and weddings during the Ottoman era. He said the dance can be performed with six people and more as long as the dancers are paired. "Kılıç-kalkan is a folk dance that is performed on national holidays, Independence Day and Turkish festivals outside Turkey. We are trying to promote our culture. Although there has been a decrease in the number of people who are interested in this folk dance, at least 50 young people show up for our kılıç-kalkan practices at the foundation every day," Dikerel said. 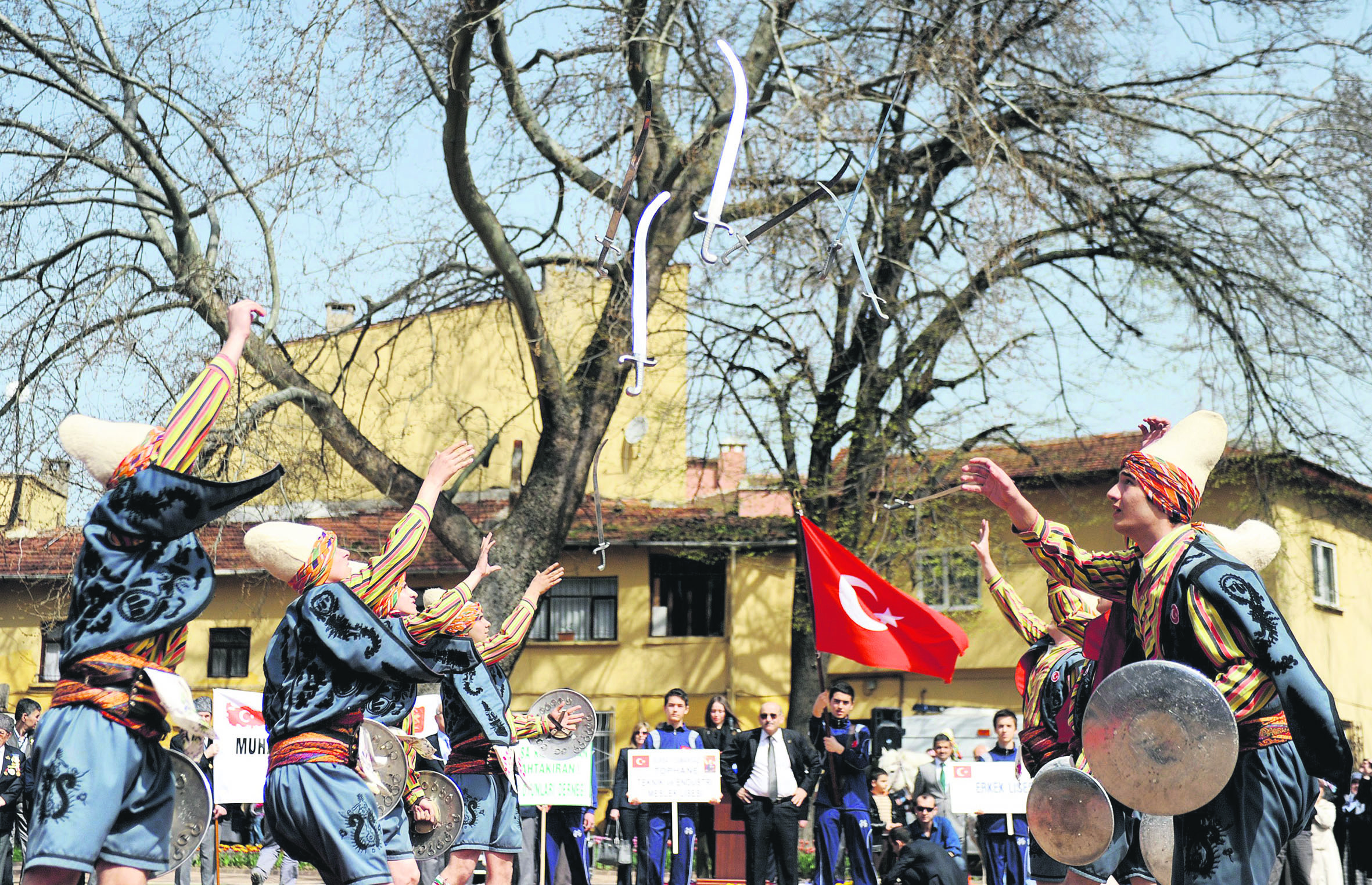 Kılıç-kalkan is played without music; however, when the sword and the shield strike each other, a rhythm emerges that accompanies the dancers. Although kılıç-kalkan seems brutal at first glance, the folk dance is not about war; it presents a cultural value. The dance begins with figures animating a scene where soldiers are bidding farewell before leaving their homes to complete their military duties. Following the opening scene, military practices, practices with weapons and ceremonies unique to Turkish soldiers are reenacted. The dancers walk around the stage holding their swords and shields. The experienced soldiers invite fresh ones to the middle of the stage to take their oaths. Then, the dancers hit their shields with their swords, animating a scene about preparing for war. Afterward, dancers pair up and act like they are fighting each other but none of them emerge victorious. They always sharpen their sword with their shield, which makes a rhythmic sound. The sound of the sword hitting the shield causes the audience to get excited. Both parties try to protect themselves with their shields, and later on, the dancers try to hit their opponents in the head. The most exciting scene of the dance is when one of the dancers loses his weapon during the part when opponents throw their swords at each other. The dancer who loses his sword tries to get his sword back, and following a few smart tricks, he manages to do so. If he can get the sword, he attacks his opponent and the audience enjoy a few minutes of acrobatic moves. Although the dancers animate soldiers who fight each other, neither wants to overcome their opponent. In the end they realize that there is no need to fight when there are good things like peace, brotherhood and friendship. All dancers hug each other stressing that peace should dominate human relations.

Dikerel said kılıç-kalkan is also featured on the logo of the Bursa Metropolitan Municipality. "It is not right to consider kılıç-kalkan just as a folk dance and folklore. I believe that it is the representation of life. It symbolizes bravery, courage, brotherhood and peace," he added. Dikerel said the Culture and Tourism Promotion Association, which is affiliated to the Bursa Governorate, and the Bursa Metropolitan Municipality work hard to introduce this cultural value to the world.
RELATED TOPICS