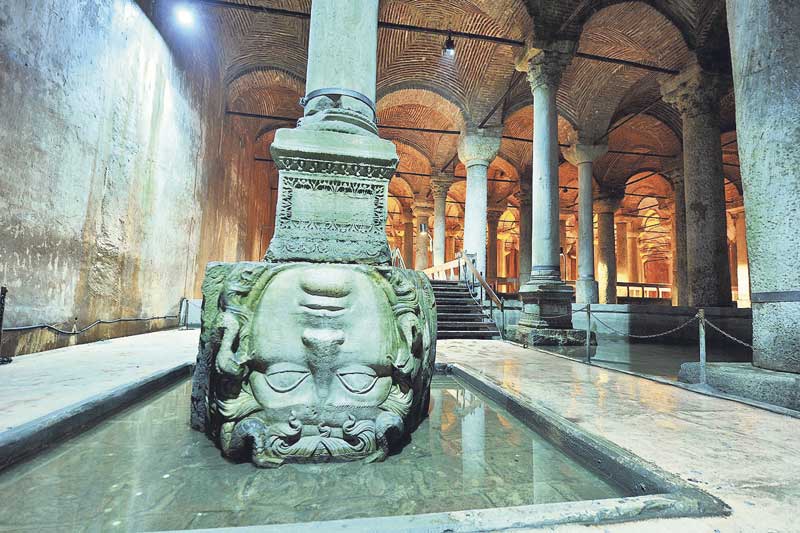 by Daily Sabah Dec 08, 2015 12:00 am
A grand jury composed of travel writers, travel guides, television hosts, academicians and journalists has chosen the top 10 places
in Turkey which are now included on UNESCO's World Heritage list. The Historical Peninsula of Istanbul and the Basilica Cistern represent Turkey as
two of the most historical pieces of history. Turkey is also featured on this prestigious list, as well as UNESCO's Tentative World Heritage list with 75
artifacts and sites.

The Historical Peninsula which is home to Topkapı Palace, the Hagia Sophia Museum, the Süleymaniye Mosque and the Basilica Cistern top the list. Other sites featured include Mount Nemrut in Adıyaman, Göreme National Park in Cappadocia, the ancient city of Hattusa and ancient Ephesus, the homes of Safranbolu and the Sümela Monastery. Located on the Historical Peninsula, the Basilica Cistern was built by Byzantine Emperor Justinian I in 542 to supply the Great Palace of Constantinople with clean water.

Due to the magnificence of its columns, it is now known as a "palace." The Basilica Cistern is also home to the legendary sculpture of Medusa. The cistern serves as a museum and hosts various national and international events. The museum is open for visits every day from 9:00 a.m. to 5:30 p.m.
Last Update: Dec 08, 2015 11:28 pm
RELATED TOPICS