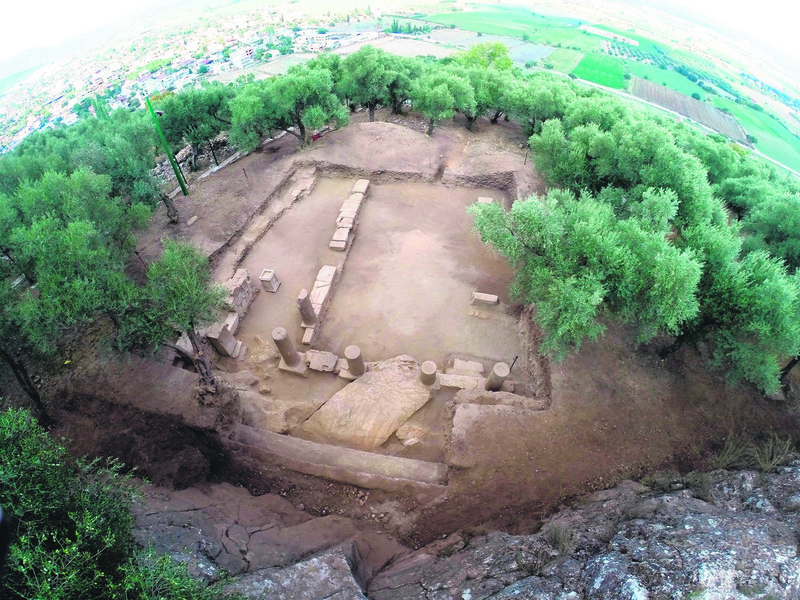 Archaeologists have discovered a temple built in honor of Zeus, a major god in Greek and Roman mythology, in the ancient city of Metropolis located close to İzmir's Torbalı district. Metropolis has been undergoing excavations since 1990 and is located between the Yeniköy and Özbey neighborhoods of İzmir's Torbalı district. The city's history dates back to the late Neolithic Age, spanning the Classical Period, the Hellenistic Era, and the Roman, Byzantine and Ottoman Empires. So far, archaeologists have excavated an ancient theater, a council building, a columned gallery, two public baths, a sports complex, a hall decorated with mosaics, a house, several stores, public toilets and ancient streets from the Roman period. Moreover, tens of thousands of coins, glass pieces, architectural pieces, sculpture, bones, ivory pieces and pieces of artwork have been unearthed.

According to a written statement released by the Sabancı Foundation, archaeologists completed their most recent work in the ancient city of Metropolis with contributions from the Ministry of Culture and the Tourism Directorate General of Cultural Assets and Museums. During these extensive excavations they discovered columns, an altar and a pedestal, indicating that ancient locals worshipped Zeus. To the surprise of experts, archaeologists also discovered that Zeus was previously referred to as "Krezimos," an alternative name for the Greek god which was previously undiscovered.

"Krezimos" bears close resemblance to the Latin word "crescere," which is used to describe the growth of plants; hence, "Krezimos" was used to describe Zeus as "the protector and abundance-bringer of Metropolis," experts speculate. Archaeologists believe that the residents of Metropolis began to worship Zeus around 100 B.C. and continued to do so during the Roman era. According to Serdar Aybek, an associate professor at Manisa Celal Bayar University and appointed the head of the Metropolis excavations, archaeologists have discovered an area which was dedicated to performing rituals for the Greek gods - marking the first such discovery in the Metropolis excavations. "We have discovered important information about the city of Metropolis which we have been excavating for the last 25 years. The inscriptions and architectural features that we have discovered indicate that the Krezimos culture only existed in Metropolis," Aybek said. He added that the future archaeological studies that will be conducted are crucial to understanding the religious and architectural features of the city. The general manager of the Sabancı Foundation, Zerrin Koyunsağan, said that the site of the ancient city has opened its doors to tourists this season.
Last Update: Dec 17, 2015 1:39 am
RELATED TOPICS