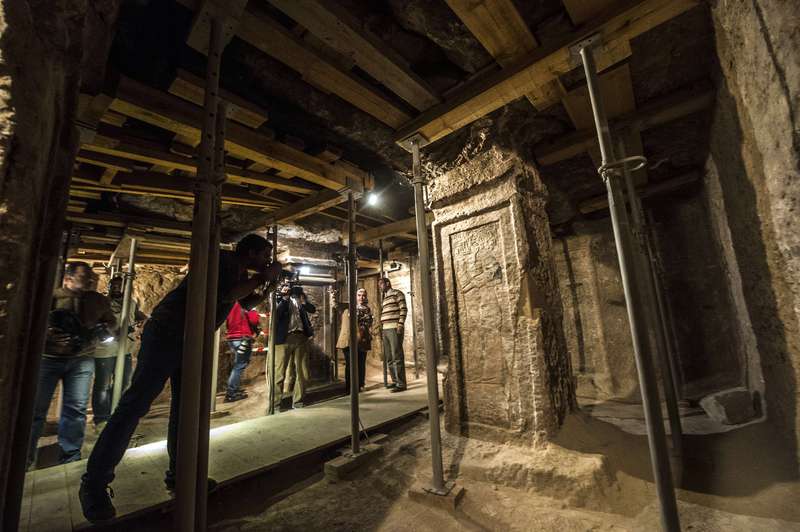 by Associated Press Dec 20, 2015 12:00 am
Egypt's antiquities minister has opened the tomb of King Tutankhamun's wet nurse to the public for the first time since it was discovered in 1996.

French archaeologist Alain Zivie found the tomb in Saqqara, a necropolis 21 kilometers (13 miles) south of Cairo. Saqqara was the burial site for courtiers and high-ranking officials of ancient Egypt's New Kingdom, which prevailed over three thousand years ago.

Most of the pharaohs, Tutankhamen included, were buried in the Valley of the Kings near Luxor, about 480 kilometers (300 miles) south of Cairo.