Private Collection of rare banknotes and coins on display in Istanbul 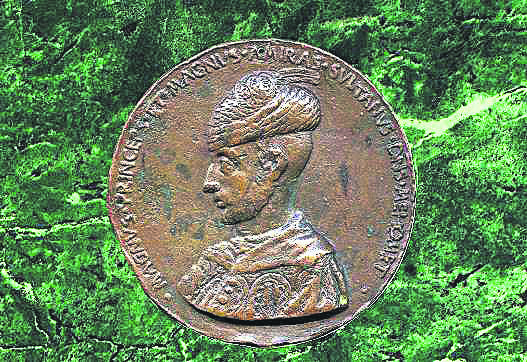 The collector has been tracking down and collecting rare coins and banknotes for more than 25 years. He is currently displaying more than 200 pieces from his precious collection at the Kau011fu0131thane Municipality Gu00fcltepe Cultural Center.
by Ihlas News Agency Jan 11, 2016 12:00 am

An Istanbulite's coin and bill collection on display sheds light on the economic, social and cultural aspects of the late Ottoman Empire and the early Republican era. The exhibition offers insights about the history as well as subtlety of being a collector

The historical coins and bills that have been collected by an enthusiast over the years are on display at the Kağıthane Municipality Gültepe Cultural Center. The collection features more than 200 gold and silver coins along with several historical bills dating back to as long ago as 1839 .The collection includes rare coins and bills belonging to the Ottoman Empire and Turkey's early Republican era.

Although most of the rare coins and bills displayed at the exhibition are out of date, they are auctioned for really high price. An early Republican 50,000 bill, which is one of the first banknotes of the Republic of Turkey and features Arabic letters as well as the picture of Mustafa Kemal Atatürk, is one of the most precious pieces of the collection. The bill was put into circulation in 1927, and it is believed to be one of only 40 copies that remain around the world. 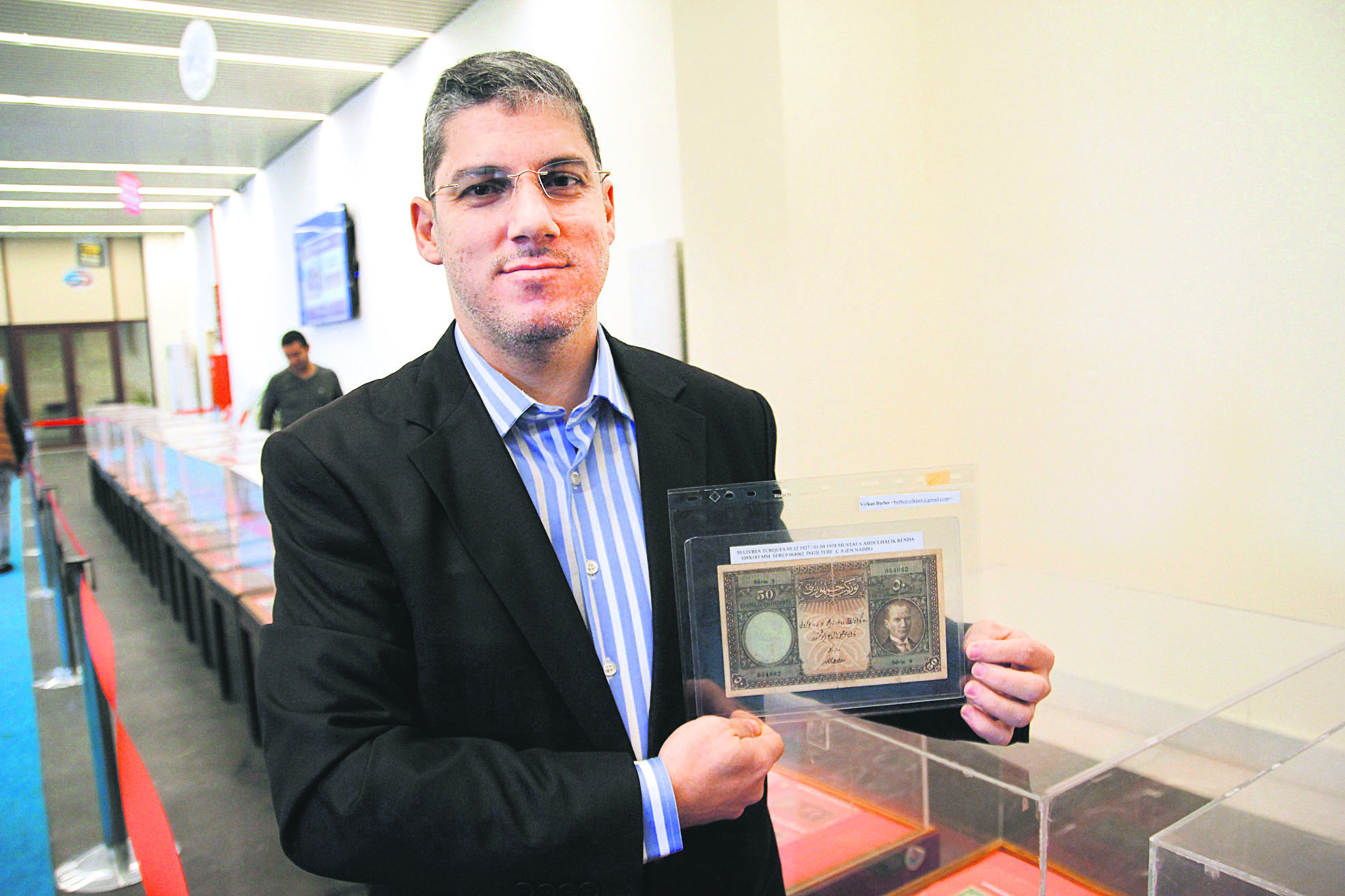 Berber holding the 50,000 bill, which is one of the first banknotes of the Republic of Turkey and features Arabic letters as well as a picture of Mustafa Kemal Atatürk. The bill was previously auctioned for TL 30,000 ($9,930)

The owner of the collection, numismatist Volkan Yaşar Berber, said: "The 50,000 bill was one of the first Republican-era currencies with Arabic letters. It is still in a good condition without any visible damage. The bill was auctioned for TL 30,000 [$9,930], and many coin and bill collectors are interested in it." The bill is also marked with the signature of then-Economy Minister Abdülhalik Renda Bey's signature and Atatürk's portrait, which was hand-drawn by a London Mint engraver.

Berber has been collecting old coins and banknotes for more than 25 years. In his latest exhibition, he displays all of his collection with pieces from 1839 to 2009. Along with currencies belonging to the Ottoman Empire and the Republic of Turkey, Berber's collection also contains currencies of other countries that are not in circulation any

more. "Many people are coming here to see the exhibition," Berber said, adding: "As a collector, I also try to raise awareness about these precious objects. People might not realize the treasures that are being stocked in their homes."

In particular, Gold coins belonging to the Ottoman Empire draw the attention of viewers. The gold coins that were put into circulation in the name of the sovereign Ottoman sultan have been successfully preserved. Offering information about the gold coins, Berber said his collection features gold coins released during the reigns of the last six Ottoman sultans before the empire collapsed. "The gold coin that was released in the name of Sultan Murad V, who reigned for only three months, is a very rare piece for collectors. Moreover, the 100 kuruş gold coin that was put into circulation during the reign of the last Ottoman Sultan Vahdettin in 1922 is also another rare piece of my collection," Berber said.