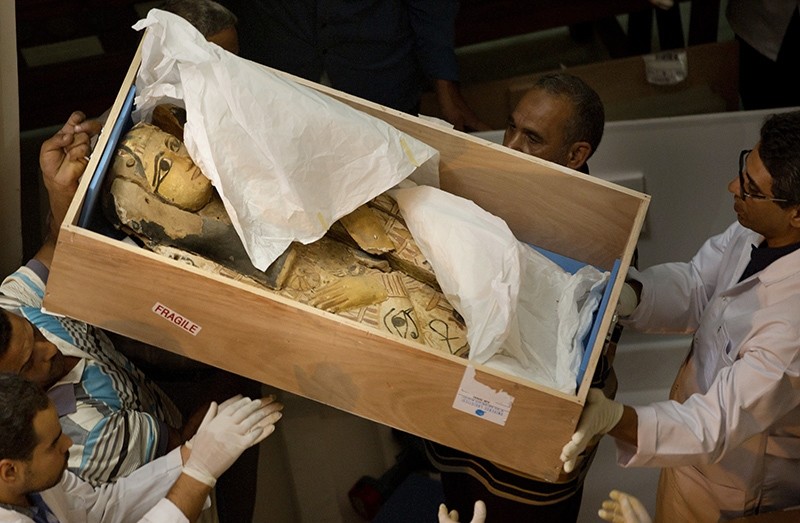 Egyptian antiquities officials carry a lid of a sarcophagus on its arrival to the Egyptian Museum in Cairo, Egypt, Tuesday, June 21, 2016 (AP Photo)
by Associated Press Jun 21, 2016 12:00 am

Two ancient Egyptian sarcophagus covers have been delivered to Cairo's Egyptian Museum after they surfaced at an auction in Israel.

Antiquities Minister Khaled el-Anani says the colorful wooden covers, decorated with hieroglyphics and illustrations, were recovered after they went on sale in 2012 and arrived at the museum Tuesday following cooperation between the two countries and Interpol.

He says the covers will be restored and put on display in the Cairo museum or a new, Grand Museum currently under construction near the Giza Pyramids.

El-Anani says it is still unclear how the rare artifacts made their way to Israel, but that Egypt would continue to repatriate any antiquities that have left the country illegally.