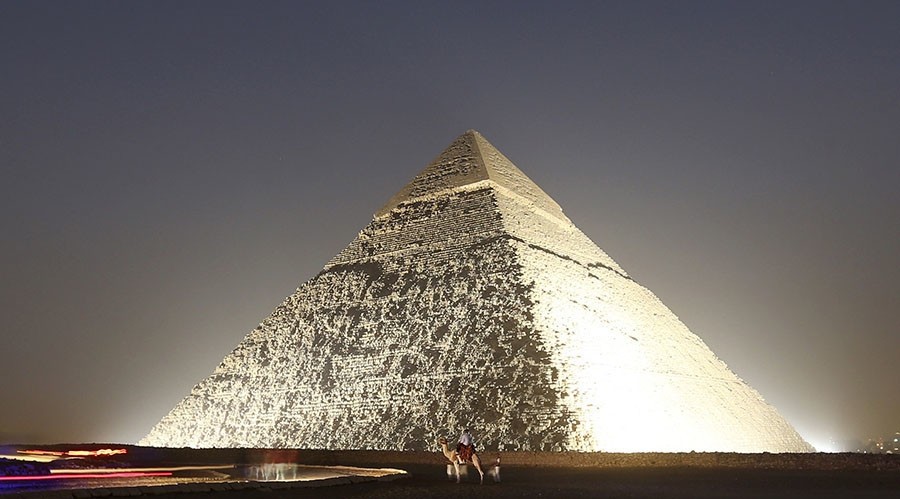 A new study revealed that the Great Pyramid of Giza in Egypt, which is recognized as one of the seven wonders of the ancient world, is lopsided, to the surprise of many amazed with its design structure.

According to the study, which was conducted by a team led by engineer Glen Dash and Egyptologist Mark Lehner, there are inconsistencies in the size of both sides of the pyramid, with its western edge being longer than the eastern edge, indicating that the base of the massive structure is not square shaped. For instance, Giza's west side measures between 230.378 and 230.436 meters, while its eastern side is around 14 centimeters shorter.

Glen Dash reportedly said that the pyramid's limestone casing was chipped in some parts, making it difficult to measure the exact dimensions of the base.

Egypt's famous pyramids are located on the outskirts of Cairo, and are considered as one of the main tourist attractions in the country. They had previously been used as sacred burial sites during the fourth Pharaonic dynasty. Giza Pyramid is the only surviving monument of the seven wonders of the ancient world and the oldest amongst other pyramids.