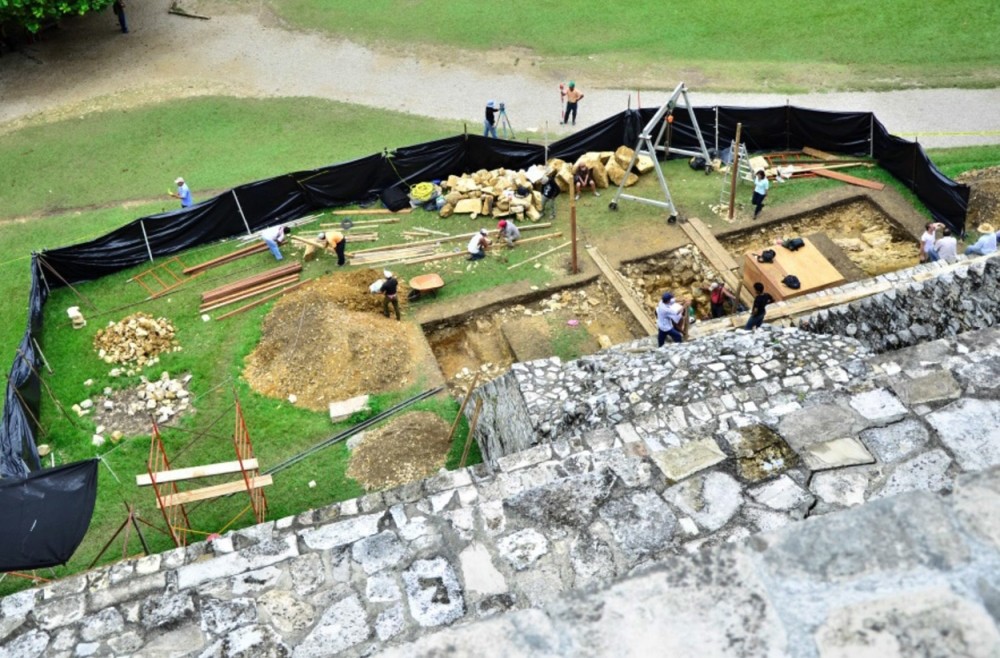 by German Press Agency - DPA Jul 27, 2016 12:00 am
Mexican archeologists have discovered an ancient water canal system beneath one of Mexico's most important Mayan temples, archeologists announced on Monday.

A new analysis of hieroglyphics from the temple showed they may refer to the spring and a symbolic path to the waters of the underworld, represented by the canals, Gonzalez said.

Located in the southern Mexican state of Chiapas, the ancient city of Palenque is one of the most important Mayan archeological sites. The settlement reached its zenith between 500-700 AD.

Hieroglyphics in the Temple of the Inscriptions recount the city's dynastic history. Pakal's crypt was discovered in 1952 but the hieroglyphics have still not been completely deciphered.

Archeologists began analyzing the site with ground-penetrating radar in 2012, initially thinking the canals were geological faults.

"We decided to study this information and that's how we discovered that it was about complex hydraulic canals excavated directly on the mother rock, just below Pakal's funerary chamber," said Pedro Sanchez Nava, coordinator of Mexico's National Institute of Anthropology and History (INAH).
RELATED TOPICS