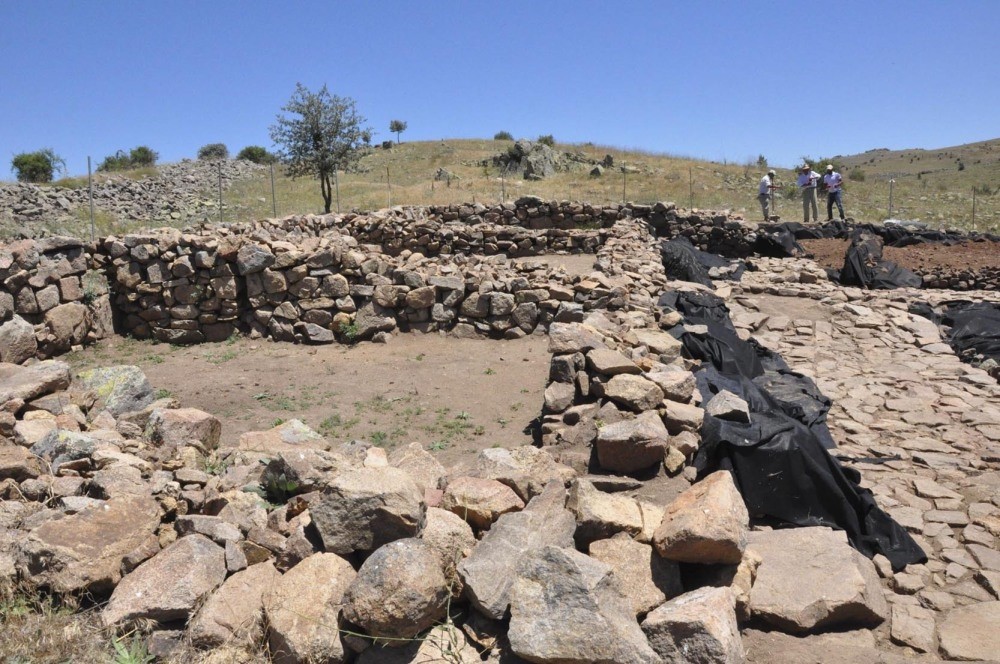 The excavations in the ruins of u015eahmuratlu0131 and Kerkenes have been carried out for the last 20 years and they might continue for many more years.
by Anadolu Agency Jul 27, 2016 12:00 am
This year's excavations in the "Pteria Ancient City" located near the village of Şahmuratlı in Yozgat province's Sorgun district have ended. An excavation team of 45 under the supervision of the American archaeologist Scott Branting discovered significant remains in the ruins of the ancient city.

According to a statement released by Branting, the excavations in the ruins of Şahmuratlı and Kerkenes have been carried out for the last 20 years, and these archaeological sites will not easily reveal their secrets. Branting further stated that it is possible to say that a civilization settled in Kerkenes in 600 B.C.; however the excavations in the region might continue for many more years.

This year's excavations mainly focused on the northern part of the ancient city, focusing on the ruins of several houses. According to the archaeologists, the city block which they excavated this year is only one of 757 city blocks in the ancient city. A team of 30 academics and students from various universities, together with 15 villagers from Şahmuratlı, participated in the excavations.

An assistant director of the excavations, Yasemin Özarslan of Koç University's Department of Archaeology, said they launched this year's excavations on May 15 and stressed that they discovered very important findings during the dig. Özarslan said, "We excavated some buildings and open air spaces located in the northern part of the city. The archaeological team managed to finish the dig on a building with columns. Avenues and roads furnished with stones have been unearthed this year. We successfully unearthed some of these roads. Some objects from 700 B.C., meaning belonging to the Iron Age, have been discovered."
Last Update: Aug 05, 2016 3:10 pm
RELATED TOPICS