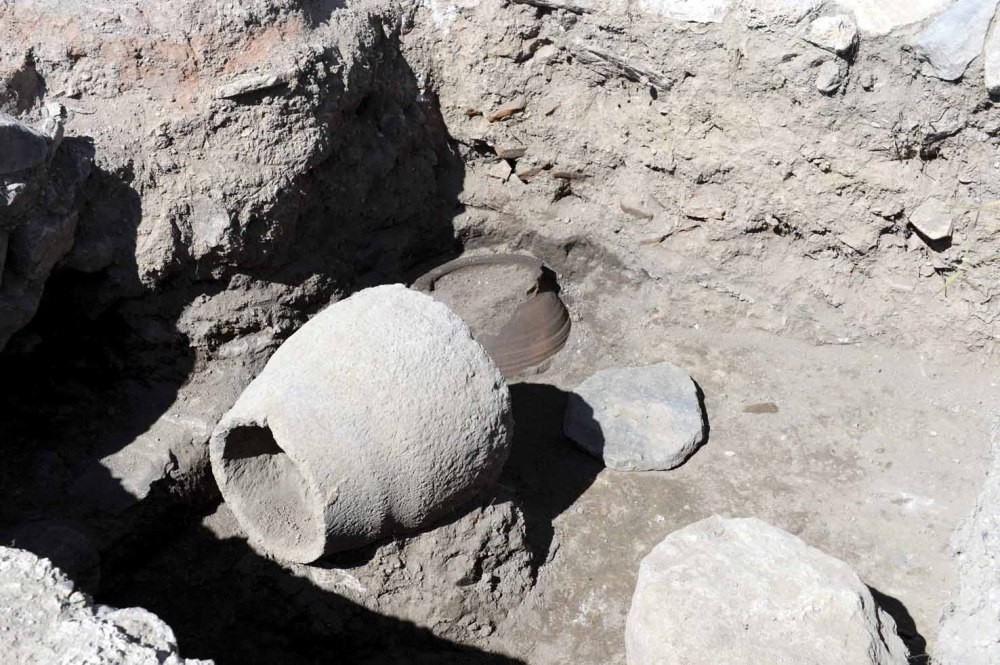 by Anadolu Agency Aug 04, 2016 12:00 am
The new excavation season at the ancient city of Komana, located near Tokat, has been relaunched under the supervision of Professor Burcu Erciyas of Middle East Technical University (ODTÜ). Erciyas told Anadolu Agency (AA) that they plan to go deeper in the two areas where they previously dug in an effort reach traces of much earlier civilizations. She said they will continue to excavate in Hamamtepe as usual.

"This year, we will carry out the excavations with a team of 32 archaeologists, students and workers. The academics will schedule their studies according to the academic year. Previously, we excavated the Ottoman and Seljuk traces in the ancient city of Komana, but this year, our target is to unearth Roman and Hellenistic remains," Erciyas said.

The excavation in the ancient city will continue until September. The team's main objective in this year's season is to unearth and restore the city walls. If the restoration is carried out smoothly, the walls can be open for visits, according to Erciyas. Moreover, the team includes city planners, archaeologists and experts, joined by academics from the U.S. and Greece. According to ancient documents, Komana Pontica, which was an autonomous city during the reign of the Roman Empire and the center of culture and arts in the Pontic Empire in the last two centuries B.C., was a sacred place dedicated to the Anatolian goddess Ma. The city also served as a commercial hub in the region and was an attraction for its annual festivals. Initiated by ODTÜ and the Scientific and Technological Research Council of Turkey (TÜBİTAK) in 2004, the Komana Pontica Archeological Research Project aims to locate Komana, a classical era city in the Black Sea region.
RELATED TOPICS