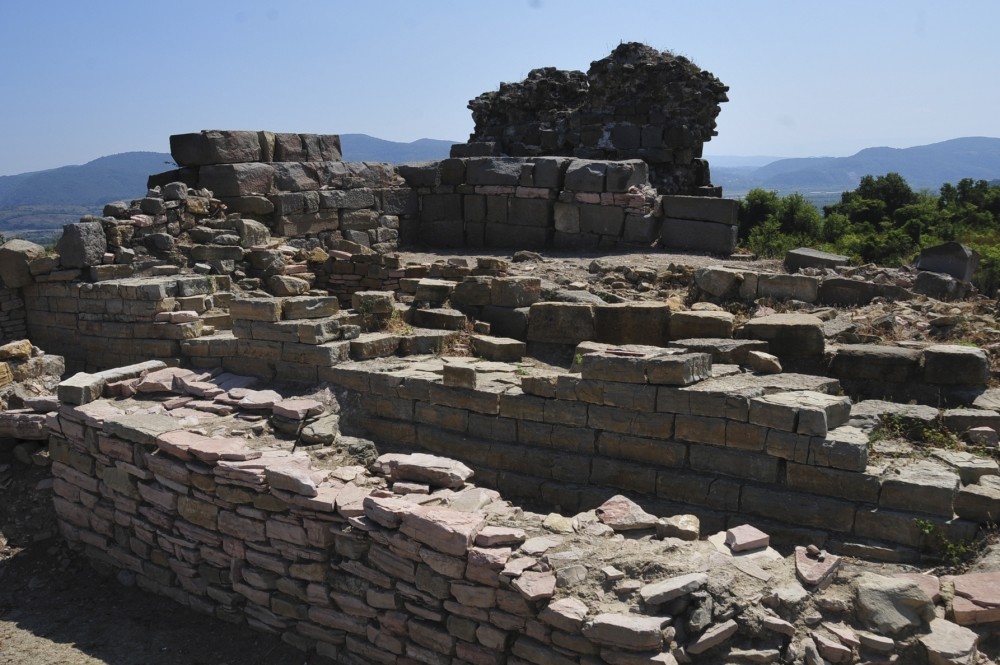 Known for its historical similarity with Ephesus in the Aegean region, the ancient city of Tium in the Black Sea region is now undergoing an excavation that focuses on the architectural features of the Roman times

Excavation has restarted in the ancient settlement of Tium, a place known as the Ephesus of the Black Sea, currently called Filyos, in Zonguldak's Çaycuma district.

Speaking to Anadolu Agency (AA), the excavation leader, Assistant Professor Dr. Şahin Yıldırım, from the Karabük University Faculty of Science and Literature said they discovered two important findings during excavations, which started 10 years ago and are ongoing. 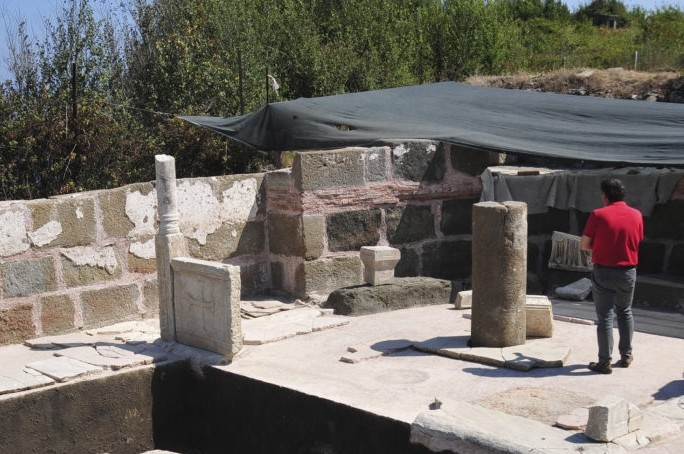 Yıldırım said the important findings were ceramic and a blacksmith workshops dating to 7 B.C. "The thing that attracted us the most during this year's excavations was the discovery of workshops in the section where the medieval church is located. We discovered a blacksmith workshop right next to the Byzantine church. This was an important find for us. We also discovered the remains and pieces of ceramic furnaces on both the upper and lower terraces. This indicates that there were ceramic production and local workshops in the region."

Also saying that they came across human skeletons during the excavations and the causes of death for these were being investigated, Yıldırım said the skeletons indicated that the site was a metropolis during the Byzantine period. "A section with 40 graves was unearthed. The work on them is still under way," Yıldırım said, suggesting that the 130 human skeletons that have been found so far indicated a burial site, probably during a period ranging from 12 B.C. to 9 B.C. "Genders and the causes of deaths of those that were unearthed previously have been determined. After this the genders and causes of deaths of these 40 skeletons will be determined as well," Yıldırım said.

Submerged ship from the Roman period

Restoration will begin on submerged ships whose remains were found by local fishermen in the town of Filyos. The remains date back to the Roman period. According to Yıldırım, this year they were also supposed to work on the remains of four submerged ships which were found during test dives in the past. Saying that an important section of the said ships was covered in sand bars due to the changes in their surroundings, Yıldırım pointed to this as the reason for them having to delay operations and said they would restart after the sand was removed, once weather conditions were amenable.

He said that they are currently focused on the protection and conservation of the findings. The excavations are run by the Culture Ministry and the plan is to prepare a restoration project that will promote the excavation areas as a tourist attraction.

Located in the coastal town of Filyos in the northeastern part of Zonguldak, the ancient city of Tium was founded by the colony of Miletus under the leadership of a reverend named Tios. Having remained under the shadow of Heraclea Pontica and Amastris throughout history, the city continued its existence with its connection to various kingdoms.

Destroyed and plundered by the Romans, the city was later rebuilt and became a trade and fishing center connected to Roman states. The region later turned into a fishing town.

Researches and travelers started making to carry out research in the ancient city in the second half of the 19th century. The excavation works which started in 2006 are expected to shed light to the history and archeology of the Black Sea and Asia Minor regions.
RELATED TOPICS