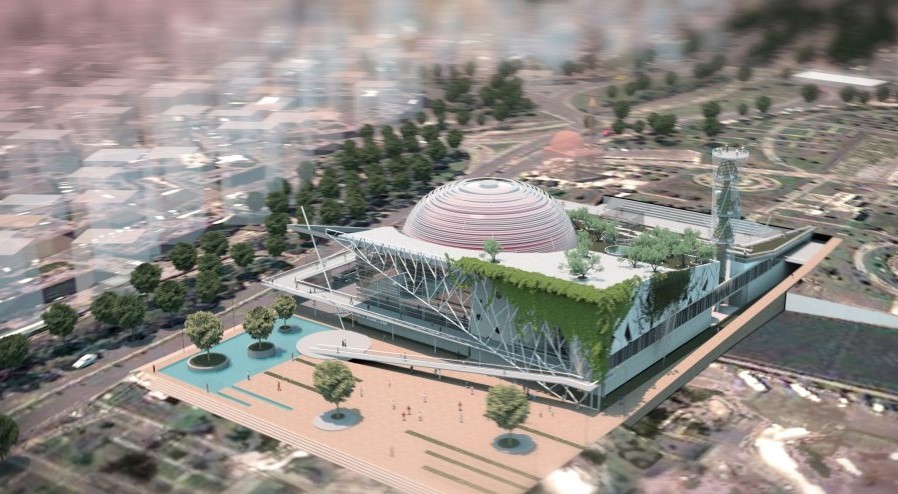 by Anadolu Agency Sep 05, 2016 12:00 am
Panorama 1453 Historical Museum in Istanbul, which houses the world's largest panoramic painting, brings visitors an ambiance where they can live the events told or written about the conquest of Constantinople in 3-D. After this, Bursa 1326 Conquest Museum will be Turkey's first full panoramic museum. Situated in northwestern Bursa province, the museum's construction is about to end. It has been supervised by Professor Halil İnalcık, a prominent historian who recently lost his life.

The new panoramic museum will illustrate the conquest of Bursa, the Ottoman Empire's first capital before Istanbul. Rich visual images and platforms will depict the story of the empire's foundation. A 3-D platform will be set up on the museum's dome, which will be completed soon. The construction began in November 2013.

Osmangazi Municipality said in a statement that the museum will tell visitors a 23-year siege and Bursa's conquest by Orhan Ghazi, the second bey of the nascent Ottoman Sultanate from 1326 to 1362. The museum will also be an environmentally-friendly one, according to officials. Osmangazi Mayor Mustafa Dündar said that the museum is of significance for the city's tourism potential and they expect to make it the city's symbol. "The new museum will reflect not only the conquest day but the empire's central administration and how scholars helped rulers to develop it. It will also bring the empire's tangible and intangible heritage." The museum is expected to open for visit early next year. In 1335, Bursa became the first Ottoman capital. The empire's founder Osman Bey took over the initial sieges but his son, Orhan Ghazi, conquered the city upon his sick father's order. Orhan Gazi ruled the area for nearly 35 years until his death in 1360. He was succeeded by his son Murad, who was born in 1326. The city of Bursa's architectural beauty is also distinctive from the empire's later periods.
RELATED TOPICS