2,800-year-old seeds found in Turkey to be replanted 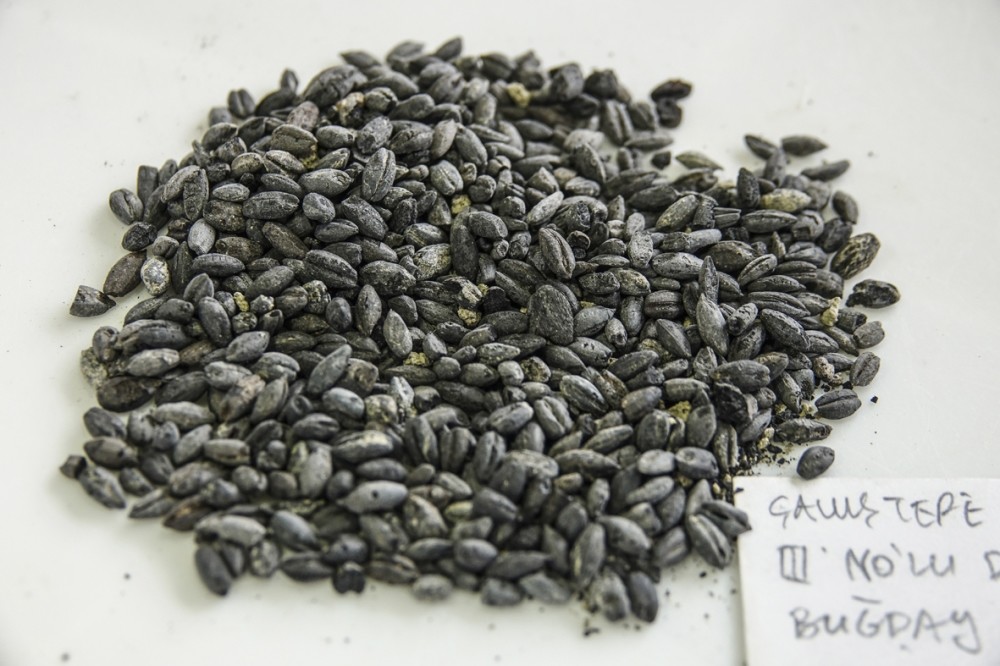 by Anadolu Agency Sep 06, 2016 12:00 am
2,800-year-old wheat and sesame seeds taken from an excavation in an ancient castle in Turkey's eastern Van province are to be brought back to life.

Some ancient wheat and sesame seeds were found during the excavations started in the Çavuştepe Castle in 2014 and headed by Van Yüzuücü Yıl University archaeology department Professor Rafet Çavuşoğlu.

Çavuştepe Castle, built in the eighth century B.C. by Urartian King Sarduri II and has survived along with cisterns, city walls, temples and palace structures, is located in the Gürpınar district, 25 kilometers (15.5 miles) away from the city center.

"Three cereal storages were found during the excavations in the castle," Çavuşoğlu told Anadolu Agency. "The castle is on the trade route through northwestern Iran, thus the findings may reveal some important information about the trade at that time."

The seeds, confirmed to be 2,800 years old, will now be regenerated in a laboratory environment.

Çavuşoğlu said the cereals cultivated from Gürpınar used to be preserved in these storages in the castle.

"The ceramic containers in which the cereals were stored are called 'pithos.' Most of the harvests used to be kept in these containers," Çavuşoğlu informed.

"We packed the wheat and sesame in due care. We will analyze these seeds in laboratories. If the seed had become carbonized by itself, the possibility to regenerate it is quite high. However, if it is because of a fire, we have less chance to revive them."
RELATED TOPICS