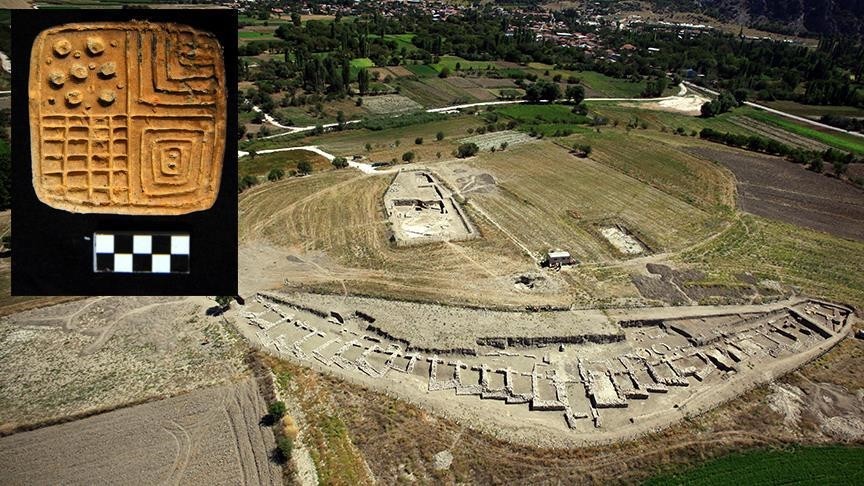 Archaeologists have discovered a 5-000-year-old seal that seems to indicate marks of a common sign language used to communicate in ancient times as excavations near Burdur's Hacılar village continue.

Professor Gülsün Umurtak, the department head of archaeology at Istanbul University's Literature Faculty, spoke to the press on their recent findings in the Hacılar Büyük Höyük (the Great Mound of Pilgrims) saying that the village gained notoriety in the second half of the 1950s.

The Hacılar mound was first excavated by renowned British archeologist James Mellaart who is widely known for his discovery of the Neolithic settlement of Çatalhöyük (fork+mound) in Turkey.

Çatalhöyük, a UNESCO World Heritage Site, is the largest and best-preserved Neolithic site found to date.

Between 1957-1960 Mellaart had conducted four brief excavations in Hacılar, the artifacts of which are on display at the Museum of Anatolian Civilizations in Ankara.

Umurtak said that after Mellaart no excavations had been made for a long period in the area. Up until 2011, no new diggings were done near the mound until Umurtak and a group of archaeologists finally went back to the village to continue the historic excavation.