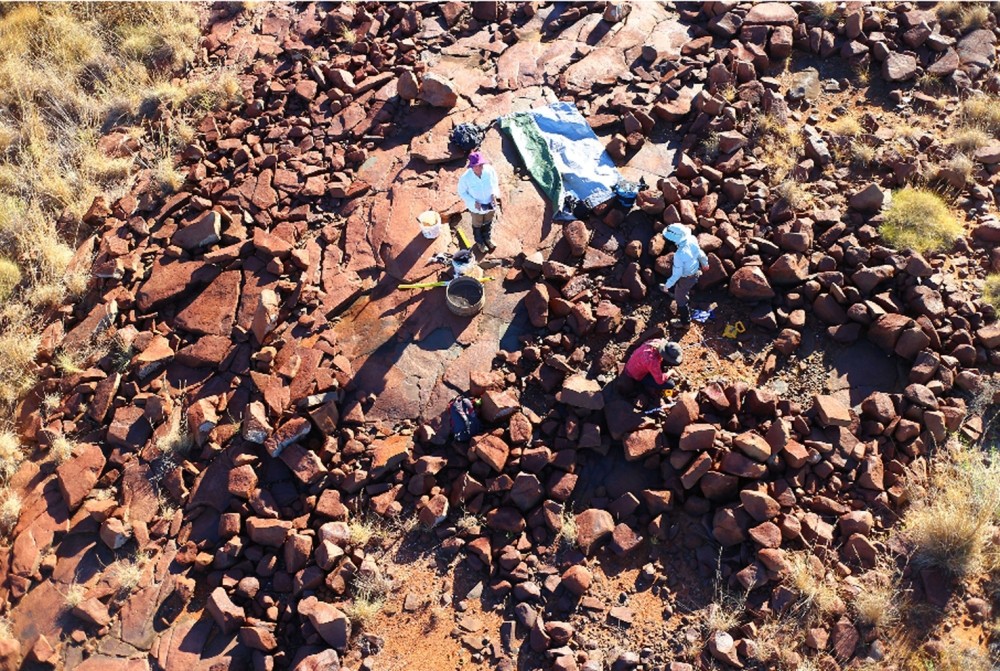 Excavations on Rosemary Island have uncovered evidence of one of the earliest known domestic structures in Australia, dated 8,000 and 9,000 years ago.
by Sep 10, 2016 12:00 am
Circular stone foundations discovered on an island in Western Australia suggest that Aborigines were building "houses" up to 9,000 years ago, a researcher said Friday.

University of Western Australia archaeologists discovered the series of knee-high stone rings on Rosemary Island in the Dampier Archipelago, an area rich in Aboriginal rock art, several years ago.

But they were only recently dated to being 8,000 to 9,000 years old, meaning the island is home to one of Australia's oldest settlements.

"Excavations on Rosemary Island, one of the outer islands, have uncovered evidence of one of the earliest known domestic structures in Australia, dated between 8,000 and 9,000 years ago," researcher Jo McDonald said in a statement this week.

"This is an astounding find and has not only enormous scientific significance but will be of great benefit to Aboriginal communities in the area, enhancing their connections to their deep past and cultural heritage."

Professor McDonald, director of the university's Centre for Rock Art Research and Management, said the "houses" would probably have been covered with roofs made from plants or skins.

The spaces were divided up, with one area apparently used for grinding seeds while another held the remains of shells gathered for food. There were also engravings on several of the boulders.

McDonald said the find suggested that Aboriginal people had occupied the island before and through the last ice age but that as rising sea levels flooded what were once coastal plains, they were forced to live in more cramped spaces.

"The fact that people that long ago are thinking about how they can better deal with space... it certainly challenges most people's idea of what a hunter-gatherer is," McDonald told AFP on Friday.

The researchers hope their work, which is in collaboration with the Murujuga Aboriginal Corporation, will help the site gain World Heritage listing.

The Dampier Archipelago - home to a major port catering to miners shipping out iron ore and other minerals - contains one of the densest concentrations of rock engravings in Australia.

The area, which is made up of 42 islands as well as reefs, shoals, channels and straits, is also the traditional home of five Aboriginal language groups.

"We anticipate that this extraordinary rock art estate will produce some spectacular insights into what life was really like in deep history," McDonald said.
Last Update: Sep 10, 2016 1:19 am
RELATED TOPICS