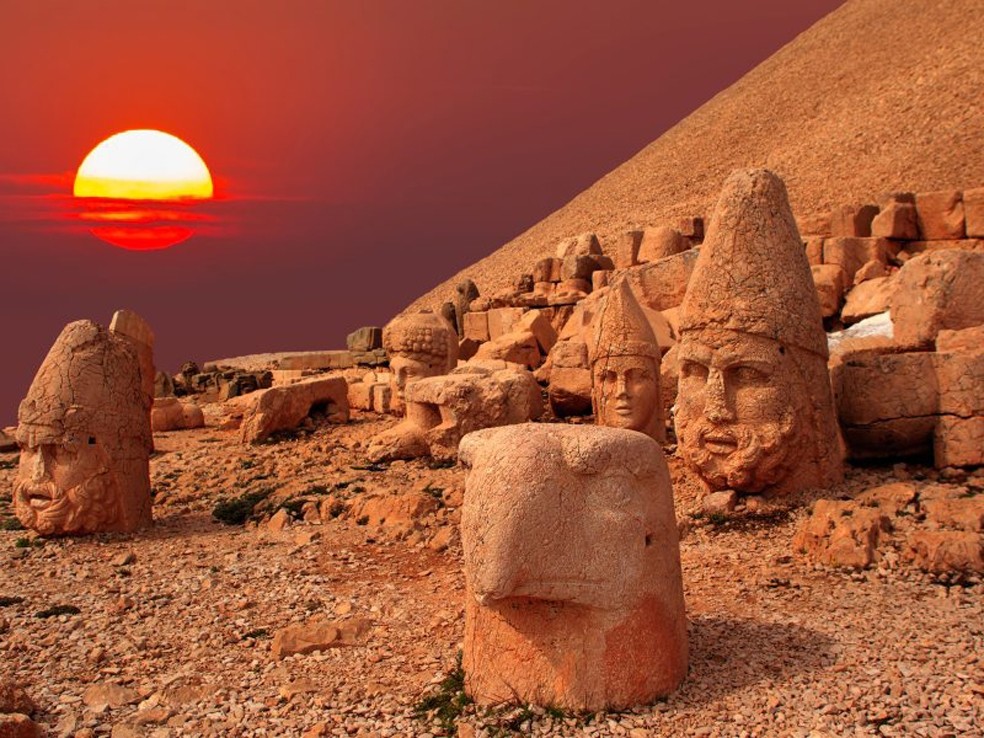 by Anadolu Agency Oct 06, 2016 12:00 am
The necessary steps have been taken to include the Nemrut-Süphan Geopark project, which is being carried out by the Governorship of Bitlis and Istanbul University, in UNESCO, and it has been reported that a new understanding of tourism will be put into practice in the region.

Bitlis Governor Ahmet Çınar and Assistant Professor Yıldırım Güngör, a lecturer in the Geology Engineering Department of Istanbul University, signed the protocol for the project in a meeting held by the governorship.

Çınar said huge progress has been made in the project, and they are getting closer to the final stage. He said that Bitlis has great potential and that it has distinctive geographical features. Çınar said:"This city has hosted almost 20 civilizations. Ahlat, one of the most important districts in Bitlis, was the center for the spread of our national culture and Islam in the region. Especially taken into consideration with Van, we can say that the Lake Van basin has big potential. The Caldera of Nemrut, Mount Nemrut and the world's second biggest crater lake in the region are all well-known and have much potential for tourism. Mount Süphan is one of the highest and famous mountains in Turkey at 4,050-meters in height. The plant cover of the city consists of endemic plants and constitutes the biggest forested area in the region. To sum up, the region is important in terms of history, archaeology and health and sport tourism."

He also emphasized that Lake Van is important for sea tourism, and the project itself is important in the sense that it may be an important center for congress tourism in the future with more facilities.

"Above all, Mount Nemrut is suitable for ski tourism with a snow depth of 6-13 meters every year. We have such a beautiful city, but we need capital intensity and accumulation of knowledge as well as the interest of entrepreneurs," Çınar said.

He added that this region would be one of the most prominent tourism centers in the world after facilities, projects and equipping are completed."We are doing our best to create a tourism center here. We focus on an extensive area from the Caldera of Nemrut to Mount Süphan. After considering certain criteria, we will apply to UNESCO. We will focus on a new tourism understanding for the region after our application to UNESCO. We are in the last phase, and we hope it will be accepted. We will work to make our region one of the best. God willing, this project will contribute to tourism in our city and country. We also take natural life into consideration," Çınar said.

Assistant Professor Güngör also informed participants about the project and steps that have been taken to apply to UNESCO.
Last Update: Oct 06, 2016 1:02 am
RELATED TOPICS