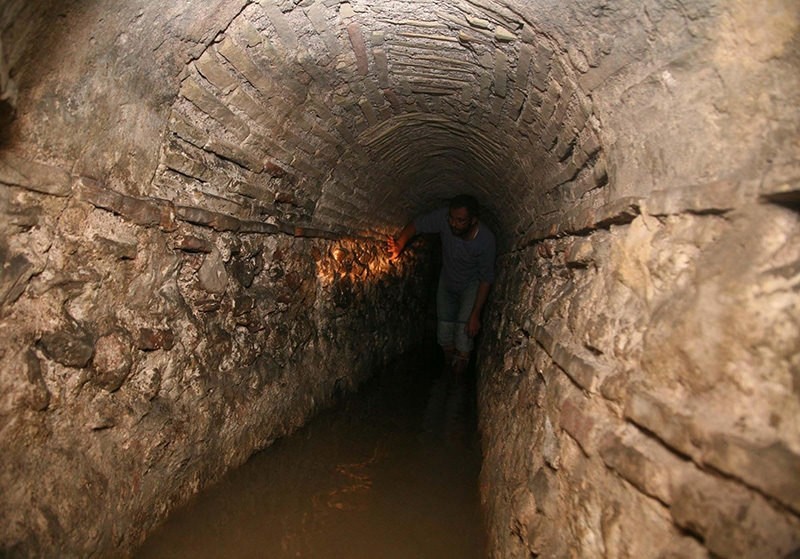 An underground passage was discovered in historic Ikiçeşmelik district of western city of Izmir, which followed the discovery of another tunnel in 2010, prompting the interest of history enthusiasts whether more tunnels are present in the area that has been continuously inhabited for over 2,000 years.

The passage's entrance found underneath the basement of a two-storey old house. The locals said that they were not aware of the existence of the passage.

Earlier in 2010, a tunnel connecting the ancient Agora of Smyrna, also located in Ikiçeşmelik, with the historic Kadifekale (Pagos) fortress was found in the garden of a house near the Agora, proving an urban legend to be right. The house was purchased by the Konak Municipality following the discovery as it was converted into the municipality's history unit.

Local authorities were notified of the new tunnel and archaeologists were called in to examine whether the tunnel is related with the one discovered in 2010.

The new tunnel, which is wide enough for a person to walk inside, was not fully examined due to security reasons.