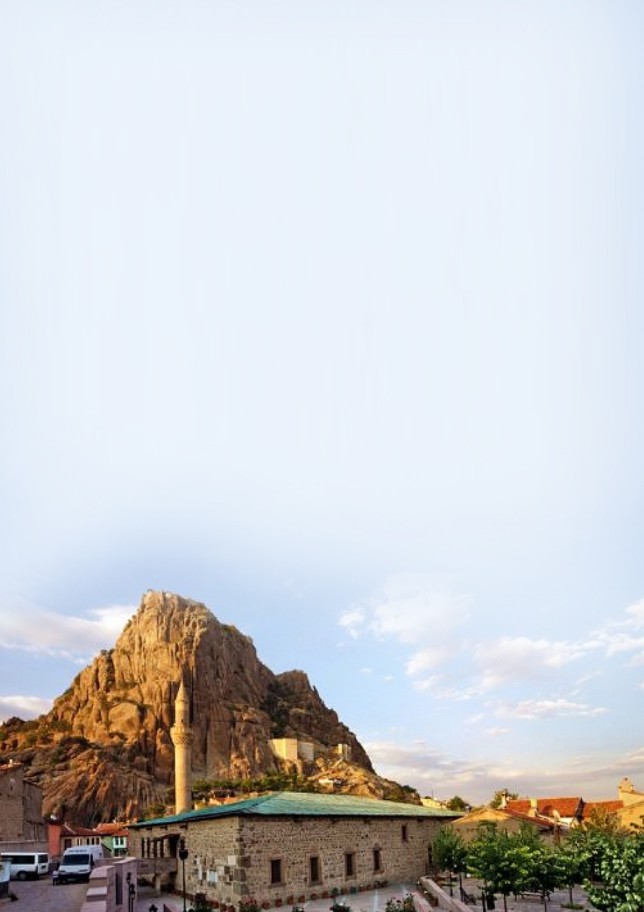 Built during the reign of the Seljuks in 1272, the Ulu Mosque in Afyonkarahisar enchants visitors with the wonder of its wooden structure which used no nails in its construction

One of the oldest mosques featuring wooden posts in Anatolia, the Ulu Mosque in Afyonkarahisar is the biggest tourist attraction in the province. The mosque was built by woodwork master Neccar Emir Hacı Bey, who was commissioned by Sahipata Nusretiddün Hasan, in 1272, and is considered among the best examples of Seljuk wood and stone craftsmanship.

Mehmet Yüzüak, the muezzin of the Ulu Mosque, told an Anadolu Agency (AA) correspondent the mosque was built in the Çavuşbaşı Neighborhood in the place of a masjid that was previously burnt. According to him, the mosque features a total of 40 posts representing the 40 people who died in the fire. 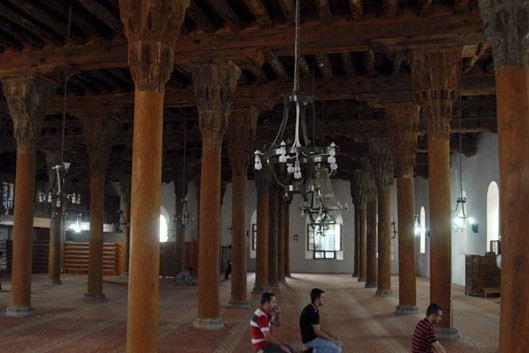 "The fire destroyed the Hocabey Masjid, the marketplace it was located in and the merchants who were praying there at the time. Upon the wish and support of the shopkeepers in the marketplace, Sahipata Nusretiddün Hasan had Neccar Emir Hacı Bey build the wooden mosque. The architecture of the mosque erected 40 posts in the memory of 40 people who lost their lives during the fire. This mosque features no nails as the wooden parts are connected to each other through a scarfing technique. Thanks to this unique feature the Ulu Mosque in Aftonkarahisar is considered among the most important mosques around the globe," Muezzin Yüzüak said.

The mosque has undergone numerous restorations, and the first and one of the most comprehensive restorations took place during the reign of the Karamanid dynasty in 1341. The restoration took place under the supervision of the first mufti of the mosque, Emir Abdullah Bey. Upon his request, an inscription was placed above the mosque's door to inform its visitors about the restoration. There are two scripts placed on the mihrab of the mosque. On one of the epitaphs, the names "Poor slave Sivastos's son Ali Bey, Son of Mahmut Hacı Murat" are written. Moreover, these epitaphs feature the names and the signatures of the masters who wrote the lines.

Afyonkarahisar Mufti Şaban Kabuk said the 743-year-old mosque located on the foothills of the Afyonkarahisar Castle draws a great deal of attention from domestic and international tourists with its architecture and magnificence. "The muqarnas used on the upper parts of the mosque are built in different shapes. Each features Seljuk carpet motifs.

One of the most interesting parts of the Ulu Mosque is its pulpit. The door of the pulpit is said to be even older than the mosque itself. It is claimed that the door was the only thing left from the fire that burnt down the Hocabey Masjid, and it was later brought to the new mosque. The 900-year-old door was made from ebony trees and managed to survive up until the present day without any protective chemicals. The interior of the mosque is given light by four windows on the western and northern sides of the building.

Most of the religious events in Afyonkarahisar are held at the Ulu Mosque, and the locals flock to this historic and unique building, especially on Laylat al-Qadr (Night of Decree). Another interesting feature of the mosque is the tomb located inside the building. The tomb belongs to Çil Hafiz Ali Rıza Efendi, who was the mufti of the province at the time. It is said that he was buried inside the mosque by his students.
Last Update: Oct 11, 2016 1:36 am
RELATED TOPICS