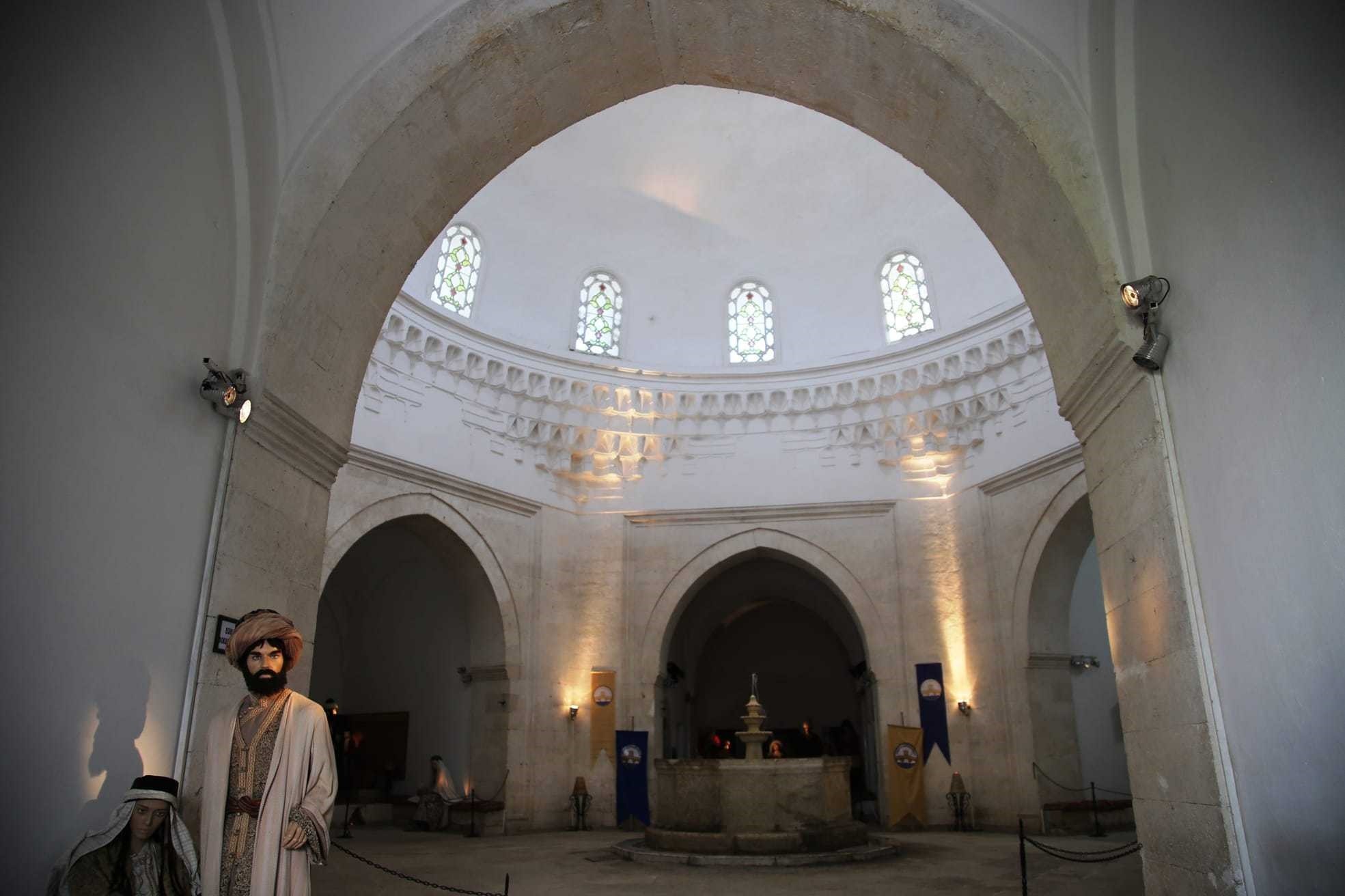 One of the rooms where patients were treated with water. Built in 1488 by the Ottoman Sultan Bayezid II, the historic medical complex was turned into a museum thanks to the initiatives of Trakya University.
by Anadolu Agency Oct 25, 2016 12:00 am
The Health Museum in the northwestern province of Edirne, which is also the winner of the Mercury Perfection Award and the Europe Museum Award, welcomes tourists from all over the world, especially from Japan, Korea and Spain, following its acceptance onto the tentative UNESCO World Heritage List. The Bayezid II Social Complex Health Museum recreates the medical training and treatment methods of the Ottoman era.

Trakya University Chancellor Professor Erhan Tabakoğlu said the recognition of the museum by UNESCO affected the number of visitors. Stating that the museum was revived after it was claimed by the university, Professor Tabakoğlu said, "The building assumed its identity as a museum following a series of restorations carried out under the supervision of Trakya University."

Tabakoğlu claimed that the museum sheds light on modern medicine. "Back in 1488, the Ottomans treated their patients with music and water therapy while the Europeans burnt people at the stakes believing that they were possessed by evil spirits. We are paying homage to our civilization. After the museum was included on the tentative list of UNESCO's World Heritage List, the recognition of the Health Museum in Edirne increased and began to attract tourists from all over the world."

The Health Museum in Edirne was included on the tentative UNESCO World Heritage List in September after seven months of work by the university officials and other authorities.

Built on the orders of Ottoman Sultan Bayezid II in 1488, the social complex offered its services to mentally ill patients. The patients were treated with the medical knowledge of the time along with water, music and sweet scents. The patients were also assigned with various tasks in order to keep them occupied.
RELATED TOPICS