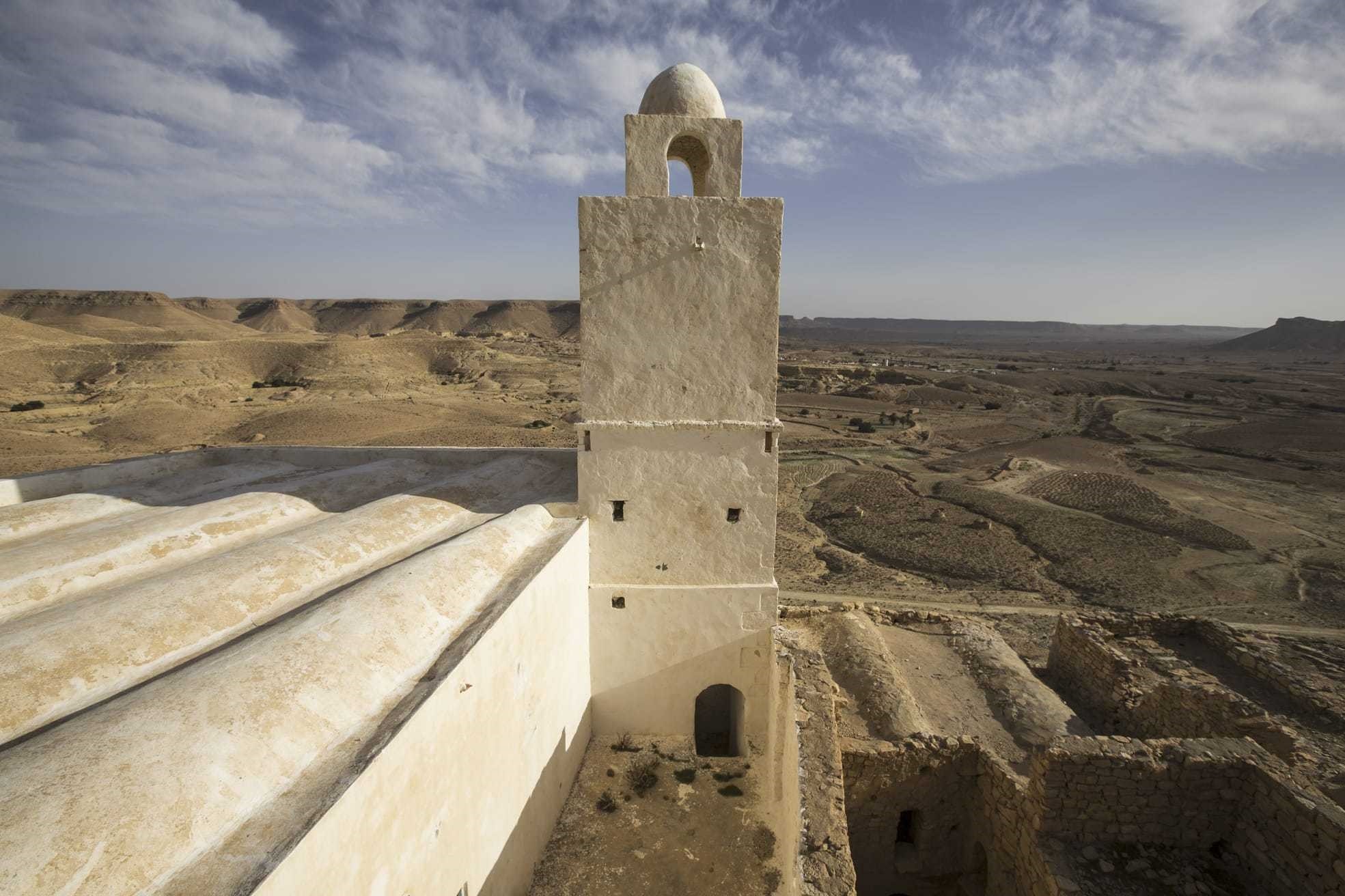 by Anadolu Agency Nov 10, 2016 12:00 am
Desert palaces in Tunisian cities Medenine and Tataouine reflects architectural structure of southern cities, where tribal culture were influential back then.

Bearing traces of southern culture and architecture and witnessing the history for more than 300 years, the palaces have long been attracting great attention from local and foreign tourists.

Speaking to Anadolu Agency (AA), an expert on Tunisian culture, Habib Alcan said these structures, which were built with primitive methods centuries ago, now reflects the traditional life style of people who lived in the southeast of the country, and their cultural and historical ties with their ancestors.

Saying that nearly 160 palaces are located between Medenine and Tataouine, Alcan said there are generally 200-300 rooms in palaces which are minimum three, maximum six-storys. Alcan said despite the neglect by official institutions, the architectural structure of houses still draws great attention from tourists.

Alcan also added that settlement in the region dates back to 12th century and the first houses were built 800 years ago, but today's historical structures are nearly 300 years old.

Abdullah el-Mednini from Tunisia said it was impossible to find bricks or cement to make a building and people built the houses using mudbrick. He said these structures reflect the tribalism culture which was once influential in Tunisia.

Mednini says each structure is named after the family who owned the building. "One of the most important features of historical palaces is that they have food storage.

Saying the palaces are distant from each other in Tatouine because they were built on vast desert lands, Mednini said those in Medenine were next to or very close to each other.

Fethi es-Salmuk, who is the curator of the local museum of traditions in Tunisia, said Tunisia National Cultural Heritage Academy renovated one of the most famous palaces in Tatouine, Hedada Palace, and turned it into a museum, which is to open to visitors. Salmuk said the palace is like a museum that reflects the past's traditions and they are trying to maintain these historic traces.
RELATED TOPICS