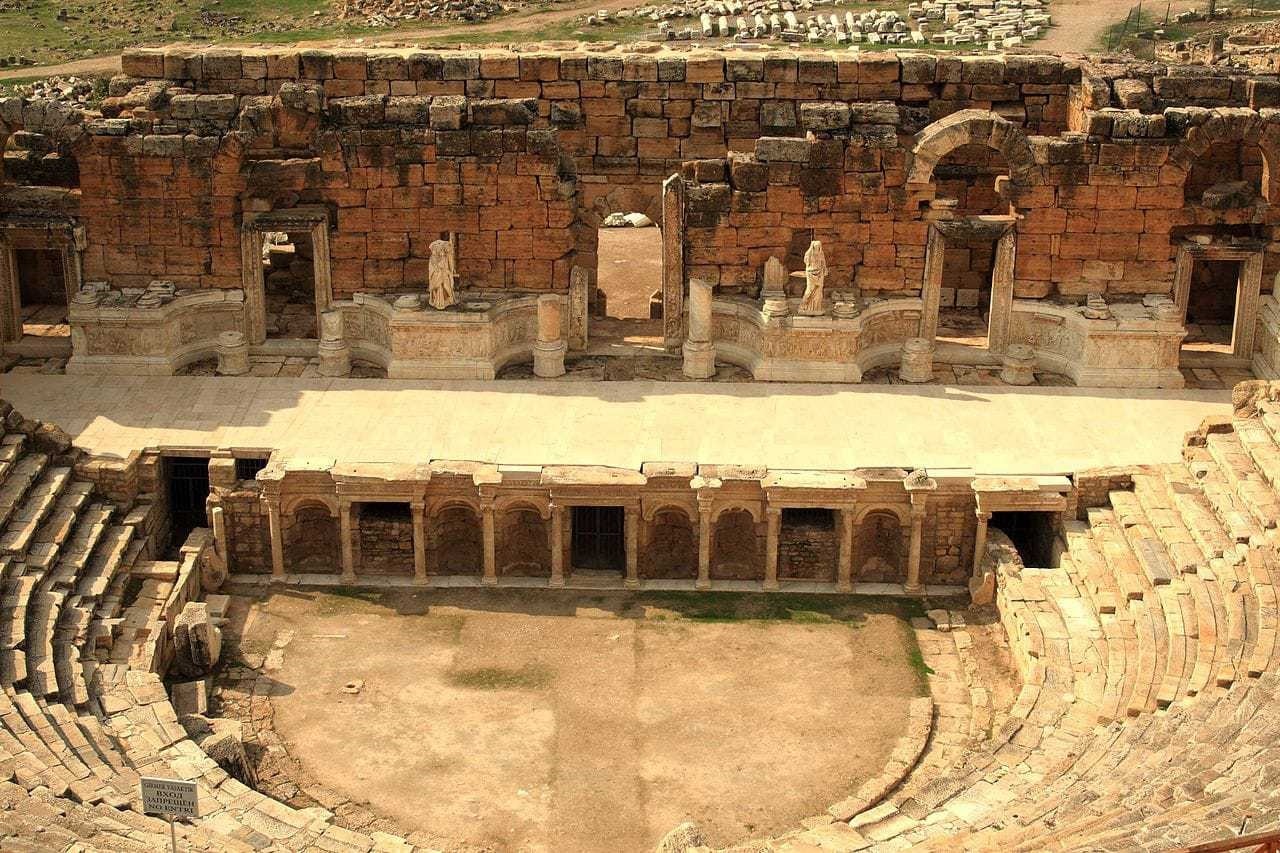 For archaeological sites, the Hierapolis of Phrygia, a major ancient city in the Aegean region placed on the UNESCO World Heritage List back in 1988, tops the list with around 1.8 million visitors. Situated in the modern-day province of Denizli, the ancient site with a Necropolis, Domitian Gate and a theater with reliefs illustrating Apollo and Artemis is within the town of Pamukkale, well-known for its hot springs.

The second-most visited site is Ephesus, another popular ancient site lying in the Western city of İzmir. The number of visitors coming to Ephesus is close to the Hierapolis with 1.7 million. A Roman-era area built in the 10th century, Ephesus is home to remarkable ancient artifacts as well as the Temple of Artemis along with an ancient church cited in the Book of Revelations.

The list goes on with Göreme, a natural-wonder town in the central Nevşehir province, where Cappadocia lies. Discovered in 2015, a massive underground city said to be a rival to the Derinkuyu underground city is another wonder, attracting researchers and tourists from all around the world.

The following most-visited archaeological sites in Turkey are the ancient city of Troy with its 4,000 years of history, the Derinkuyu underground city, 30 minutes from Göreme, and the Kaymaklı underground city, which is in Nevşehir. The list continuous with the Ihlara Valley in Aksaray, the Olympos ancient site in southern Antalya, the magnificent Aspendos ancient theater, a popular spot for performances and live shows, and finally the Sümela Monastery in northern Trabzon, a Greek Orthodox Monastery hailing from the fourth century that has undergone a thorough restoration recently.

Yalçın Kurt, the head of the directorate, said Turkey aims to become a major name in historic attractions with over 15,000 archaeological sites. So far, there are 193 museums registered in the directorate. Kurt said the ongoing excavations will help them to open more museums to bring more tourists to Turkey.

The Cultural Heritage and Museums General Directorate have also announced the most-visited museums in Turkey with the Hagia Sophia Museum in Istanbul's Sultanahmet Square coming first. The Hagia Sophia drew almost 3.5 million tourists in 2015. The Topkapı Palace, Konya Rumi Museum and the Topkapı Palace's Harem section shared the top three. The other most-visited museums are the Istanbul Archaeology Museums, the Republic Museum in Ankara, the Demre Museum in Antalya, the Hacıbektaş-ı Veli Museum in Nevşehir, the Anatolian Civilizations Museum in Ankara and the Chora Museum, which is adorned with fascinating frescoes in Istanbul.
Last Update: Nov 10, 2016 11:38 am
RELATED TOPICS