World War I Armistice Day celebrated across the world 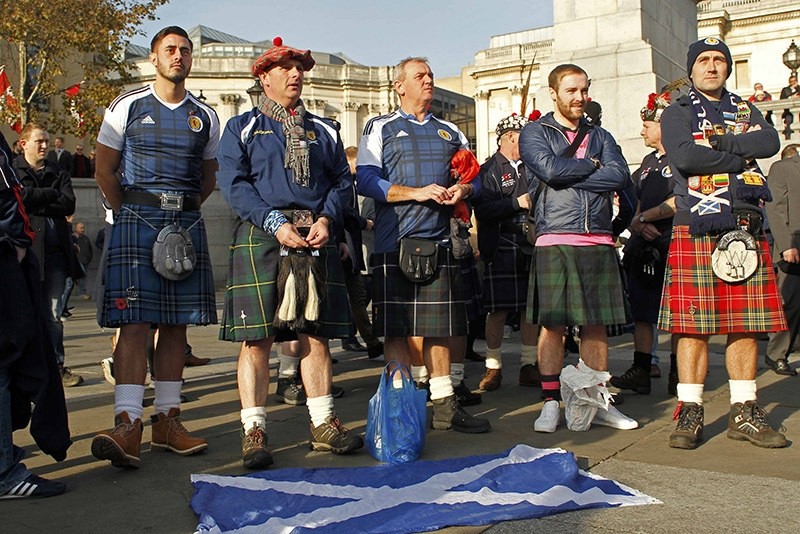 The 'Great War' was officially ended 98 years ago today, at 11:00 a.m. when Germany accepted surrender by signing the armistice. It was the first time in history that the world had experienced a conflict involving all major world powers, combats on multiple continents, and battles fought on multiple fronts.

The war, which left over 18 million dead in total, including about seven million civilians, was initiated by the assassination of the Austro-Hungarian Archduke Franz Ferdinand on June 28, 1914 in Sarajevo, Bosnia and Herzegovina by a Serbian nationalist. On July 28, Austro-Hungarian Empire declared war on Serbia, which caused Russia's entry to the conflict on the Serbian side. Germany entered the war on the Austro-Hungarian side by overrunning Belgium and Luxemburg, and undertaking the invasion of France. Britain consequently declared war on Germany.

In November 1914, following unproductive peace talks and alliance proposals with France and the British Empire, the predecessor of the Republic of Turkey, the Ottoman Empire, entered the war on the German side.

The conflict rapidly escalated to a global scale involving what would later be known as the 'Allied Powers' on the one side, including the British Empire, France, Russia, the U.S. and Italy; and the' Central Powers' including Germany, Ottoman Empire and Austro-Hungary on the other side.

The war quickly became a war of attrition, with bloody combats in trenches and mostly stable front lines. The war ended in victory for the Allied Powers, who controlled the sea routes and the supply lines. Bulgaria signed an armistice in Sept. 1918, followed by Turkey in Oct. 1918. The Austro-Hungarians followed by signing the armistice on Nov. 3; the war came to an end when Germany signed the armistice on Nov. 11, 1918 at 11:00 a.m. at Compiègne in France.

The event has been celebrated across many countries 98 years later. A minute of silence has been observed across the world to remember the fallen.

In Australia, which had participated in the war on the British side, the sails of the Sydney Opera House were illuminated with red poppies on Friday to commemorate the event.

In New Zealand, a large-scale wreath-laying service has been planned at the National War Memorial in Auckland.

Ceremonies were also held in Serbia to commemorate the Armistice Day. "Serbia is committed to military neutrality and peace, and the Serbian people did not decide of the war", said Minister of Labor, Social and Veteran Affairs.

Nov. 11 is also commemorated in the U.S. where it is known as the Veterans Day; it is marked by parades and church services, and in many places the American flag is hung at half mast.