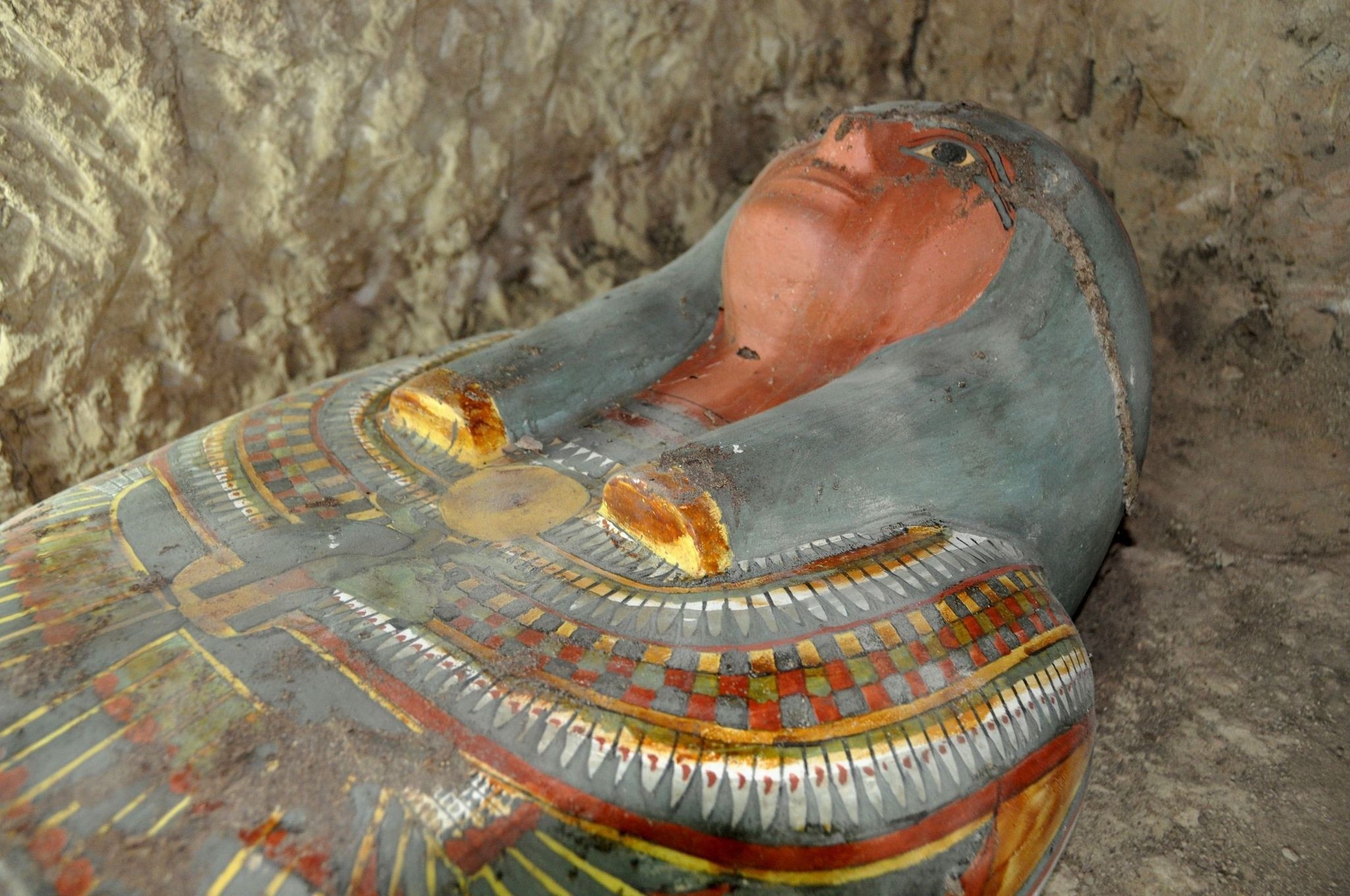 A sarcophagus containing a millennia-old mummy which was found by Spanish archaeologists near the southern Egyptian town of Luxor. (AFP Photo)
by French Press Agency - AFP Nov 13, 2016 12:00 am

Spanish archaeologists have discovered a millennia-old mummy in "very good condition" near the southern Egyptian town of Luxor, the antiquities ministry said on Sunday.

The find was in a tomb probably dating from between 1075-664 BC, on the west bank of the Nile river 700 kilometres (435 miles) south of Cairo, a statement said.

The mummy had been bound with linen stuck together with plaster.

It was in a brightly colored wooden sarcophagus and had been buried near a temple from the era of fourth-millennium warrior king Thutmose III.

The tomb was likely to have belonged to a nobleman, Amenrenef, who was "a servant of the royal household", the ministry said.

The archaeological team's head, Myriam Seco Alvarez, said the mummy was decorated with "many colorful decorations recalling religious symbols from ancient Egypt, such as the goddesses Isis and Nephtys displaying their wings, and the four sons of Horus".

The earliest evidence of mummification in Egypt suggests that the practice of wrapping bodies to preserve them after death dates back as far as 4500 BC.

Luxor, a city of half a million people on the banks of the Nile, abounds with temples and tombs built by Egypt's pharaohs.

It is a key site for Egypt's tourist industry which has been battered by political instability and violence since the 2011 revolution that toppled longtime dictator Hosni Mubarak.