Archaeologists dig out pieces of ancient Anatolian city-state of Melid

The first established city-state in Anatolia, Melid, continues to shed light on ancient Anatolian history with its adobe palace, ancient relics, including swords and spears, and a temple erected 5,500 years ago. Ancient woodcuts with raised printed surfaces and ancient fresco or mural paintings still vibrant with color that has defied the ages have also been discovered in the area

Located in the eastern Anatolian province of Malatya, Melid is home to the very first city-state of Anatolia and continues to mirror the rich history and culture of ancient Anatolian lands. Erected on the western shores of the Euphrates River, Melid is one of several historical sites that have embodied mankind for thousands of years, forming its legacy on the agriculture, wetlands and geographic positioning of the city protecting locals from Euphrates floods for centuries.

Hidden behind traces of several civilizations including the Hittites, Roman and Byzantine empires, archaeologists have found various artifacts dating back to 5,000 B.C., from the late Chalcolithic Age to the Iron Age. 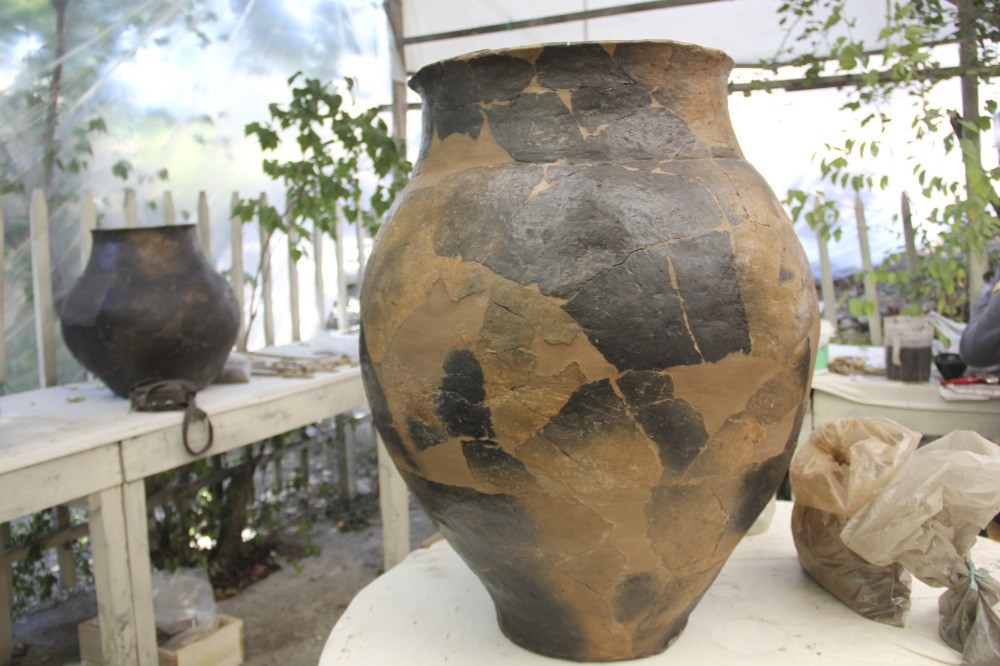 Excavations at the ancient site have unearthed a mound from the late Hittite Period featuring the sculpture of a king at its entrance as well as lion sculptures, an adobe palace featuring a rain drainage line and infrastructural remains of Anatolia's first city-state that was established with more than 2,0000 seals belonging to this state. Melid bears the traces of early state structure in murals that featured colorful figures representing power and processed printing reliefs. Moreover, archaeologists were able to discover pottery reminiscent of ancient Mesopotamian discoveries.

The mound where archaeologists discovered metal artifacts made of lead, silver and gold displays the first type of weapon used, including a total of 12 spears and nine swords, discovered during excavations. 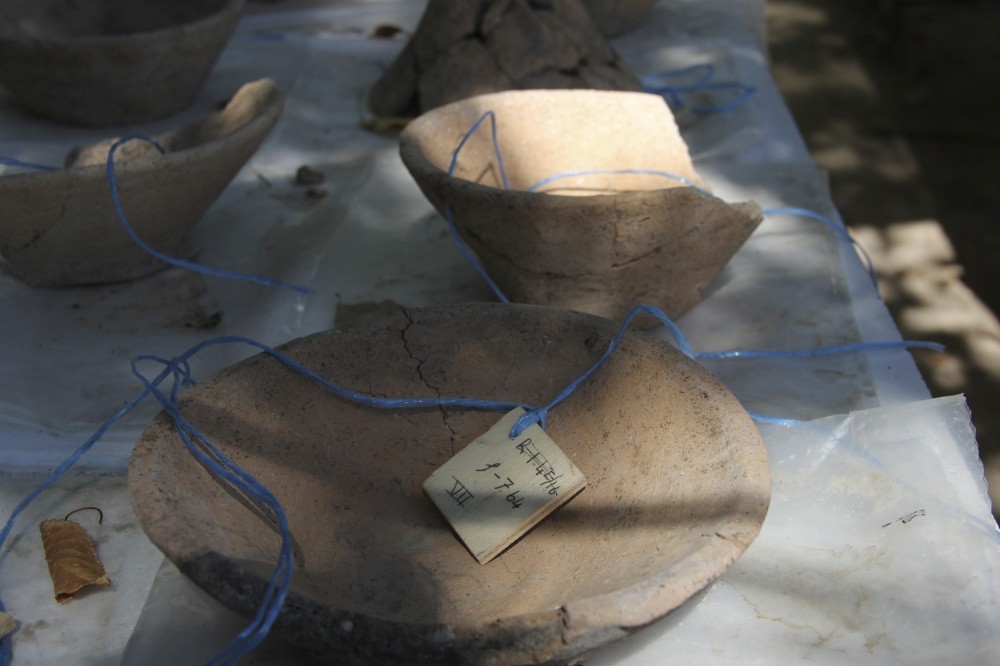 This year's excavations focused on two different parts of the mound, where archaeologists unearthed the pieces of a juniper tree, small temples and ancient objects used for storage. The excavation team also discovered a huge city wall in the northeastern part of the mound. Archaeologists determined that the wall, which is 4 meters high and 5 meters thick, was built on a stone foundation and the city walls also featured store terraces.

The team discovered artifacts and ceramics from the Iron Age near the city walls and unearthed an ivory plate from the era featuring drawings of animals such as a deer, lion, lamb and goat. The plate shares similarities with Mesopotamian-style art and is believed to shed light on the commercial links between Melid and Mesopotamia.

Battalgazi Municipality Mayor Selahattin Gürkan spoke to an Anadolu Agency (AA) correspondent and said the artifacts discovered during the Melid excavations have unearthed important information about the first state structure ever established by mankind, as well as the transition from the Neolithic Age to the Iron Age, providing key information about how mankind began to use iron in weapon production. He also stressed that the adobe palace, known as the first warehouse system used in the ancient bureaucratic process, was discovered thanks to archaeologists in the Melid excavations.

Mayor Gürkan continued to say, "Melid is an ancient site and home to the first Anatolian civilization to feature a state structure. Information about domestic life, the transition from the Neolithic Age to the Iron Age and weapons made from iron." Stressing the fact that the mound dates back 7,000 years, Gürkan said: "The adobe city walls and some parts of the palace were unearthed during the previous excavations. The archaeologists previously focused on the palace; mainly its chambers. However, this year figures drawn in bones along with raised printing relief discovered on bones which include images of Hittite figures have been discovered. Melid is the center of ancient civilizations that established Anatolia as their homelands in ancient times. These findings are highly significant for the history of mankind. We continue to collaborate with our excavation team in order to introduce Melid to UNESCO's permanent World Heritage List."
RELATED TOPICS