Minister Avcı: Aizonai in line to become the next Ephesus 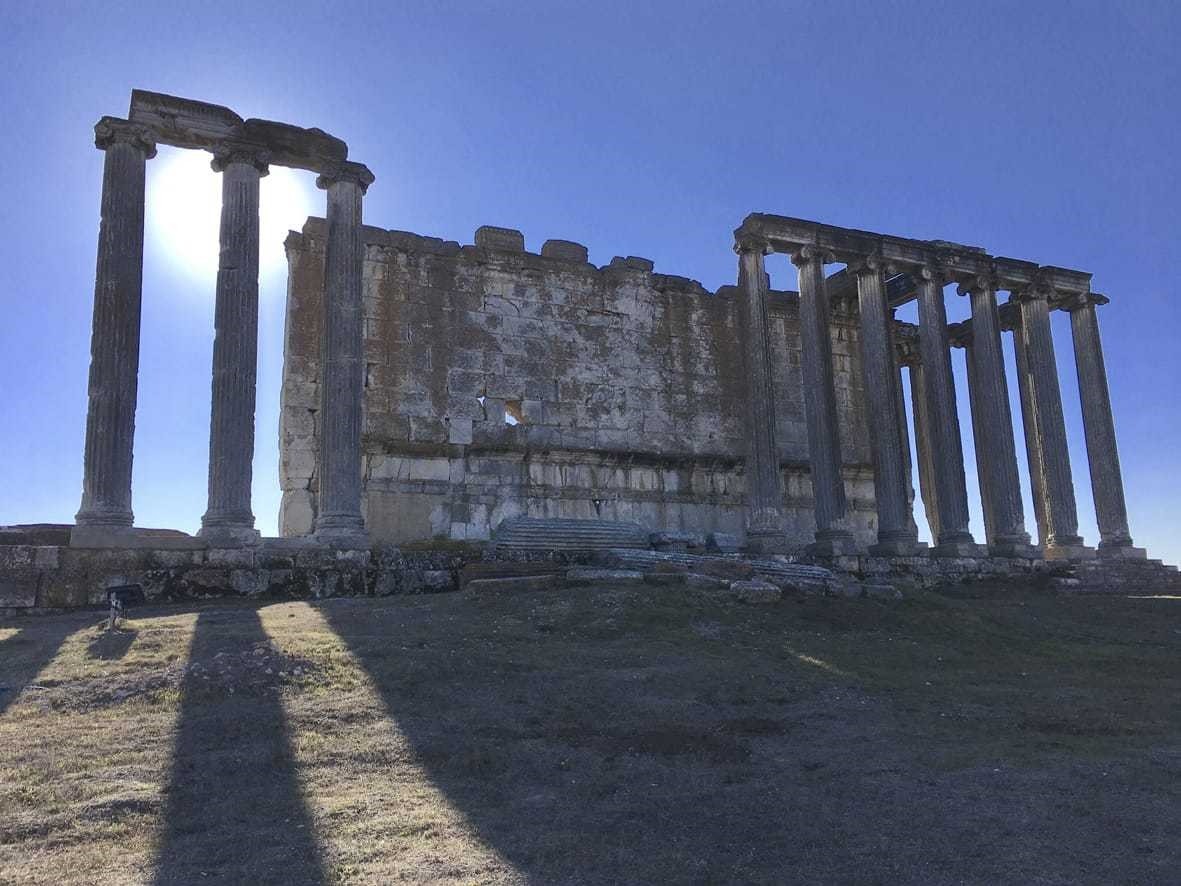 Nabi Avcı said that the ancient city of Aizonai has the best Zeus temple still standing worldwide in terms of size and quality, saying, "The ancient city of Aizanoi is an archaeological site that is in line to become the next Ephesus. We, as the Ministry, will do our best in order to promote the ongoing works in the region along with various activities in the coming period."

Stressing that the ancient city is of grave importance due to it being the first place where a stock exchange was established in the world, Minister Avcı said construction had started in the region after the 1st century A.D., pointing out that this historical structure is an exceptional piece of art and that it also has a well-preserved storey underneath, which might have been used as an ancient theater or a concert hall. Recalling that there is also an ancient stadium and theater in the region with many traces belonging to Turks, Avcı said therefore, the Ancient City of Aizonai is a historically important archaeological site that has hosted many civilizations in the past, deserves to be included in the World Heritage List, and was registered in the Temporary List by The United Nations Educational, Scientific and Cultural Organization (UNESCO) in 2012.

Indicating that what is currently seen in the region has been unearthed during the excavation works conducted so far, Avcı said they have been discovered in the places available for excavation, recalling that a settlement spread over a wide area is in question in this region since there were no multi-layered settlements under the conditions of that period. "They will hopefully come to the light in time. Unfortunately, we do not know the area well and also cannot promote it to the outside," Avcı said, adding that this place is really worth being a very serious touristic attraction center with an effective promotion.

Minister Avcı said the ancient city of Aizanoi is an archaeological site that is in line for being the next Ephesus and the Culture Ministry will do its best in order to promote the ongoing excavation works in the region along with various activities in the coming period.

Avcı informed that when the excavation season starts, an event will be held in May to promote the ancient city to the whole world with a symphonic concert. After wishing happiness to the bride and groom who came to the ancient city for a photo shoot and posing for a souvenir photo, Minister Avcı later joined the opening ceremony of a library in the district of Gediz.
RELATED TOPICS