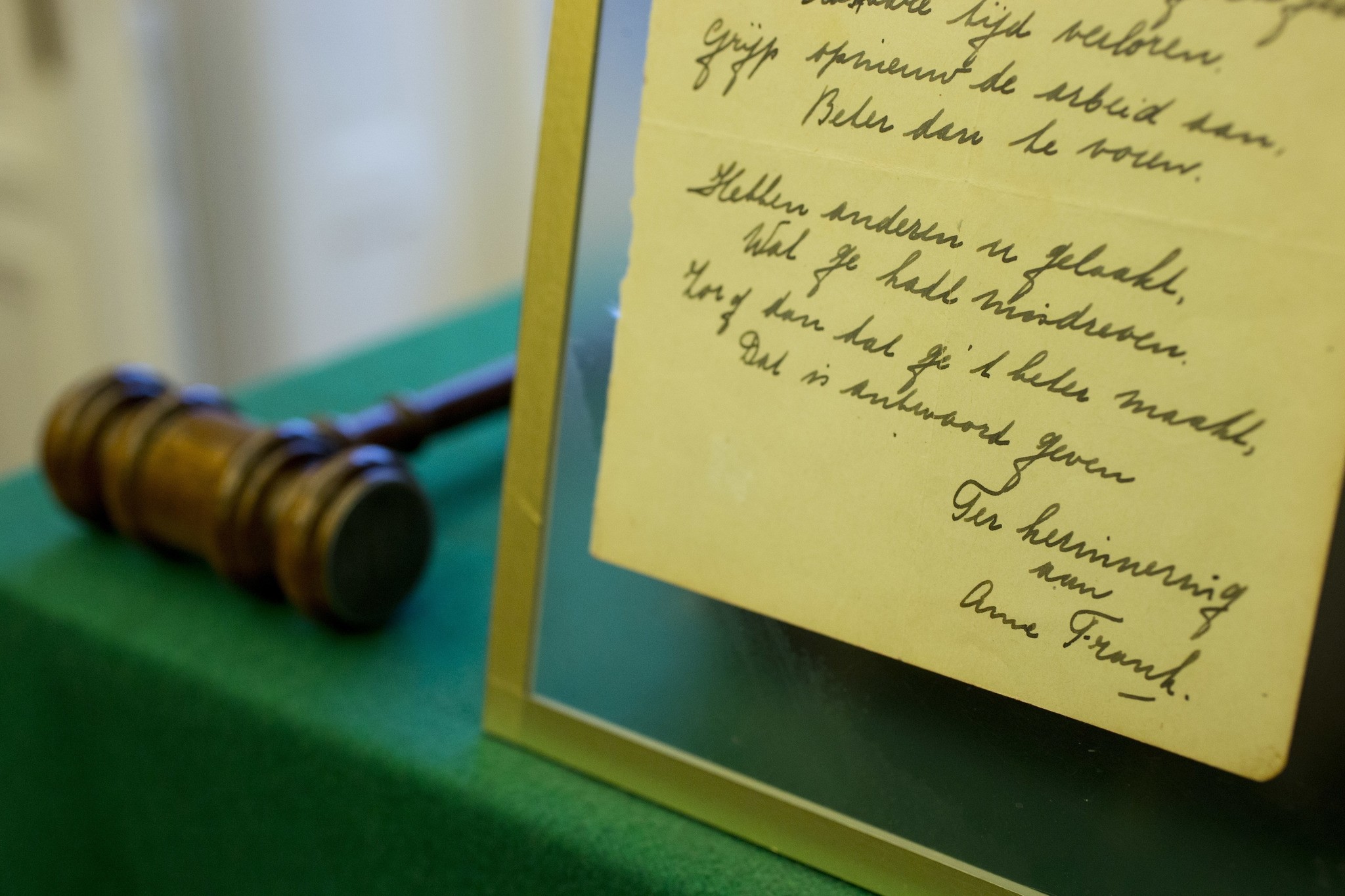 Auctioneers closed the sale after just two minutes of tense bidding at the Bubb Kuyper auction house in the western Dutch city of Haarlem.

Around 20 collectors took their seats in a sales room decorated with antique books, maps and illustrations while others bid by telephone and online.

"Over the last 40 years, only four or five documents signed by the teenager have gone under the hammer," Bubb Kuyper co-director Thys Blankevoort said.

Dedicated to "Dear Cri-cri," the poem, written in Dutch in black ink on a notebook-size piece of white paper which has slightly discoloured with age, is signed "in memory, from Anne Frank."

Frank wrote the 12-line text, dated March 28, 1942, in a friendship book belonging to the older sister of her best friend only three months before she and her family went into hiding from the Nazis in Amsterdam.

"The Diary of a Young Girl," which Frank penned while in hiding from June 1942 to August 1944 has sold more than 30 million copies in 67 languages.

She died in the Bergen-Belsen concentration camp in Germany in early 1945 less than a year after the Nazis captured her and just before the end of World War II.

A series of letters between Anne and her sister Margot with American penpals sold for $165,000 in 1988. And a 1925 edition of Grimm's fairy tales, with both girls' names written on the title page, went for $62,500 in May in a New York auction -- fetching twice the estimated price.