Britain's HMS Illustrious sets sail for Turkey to be recycled 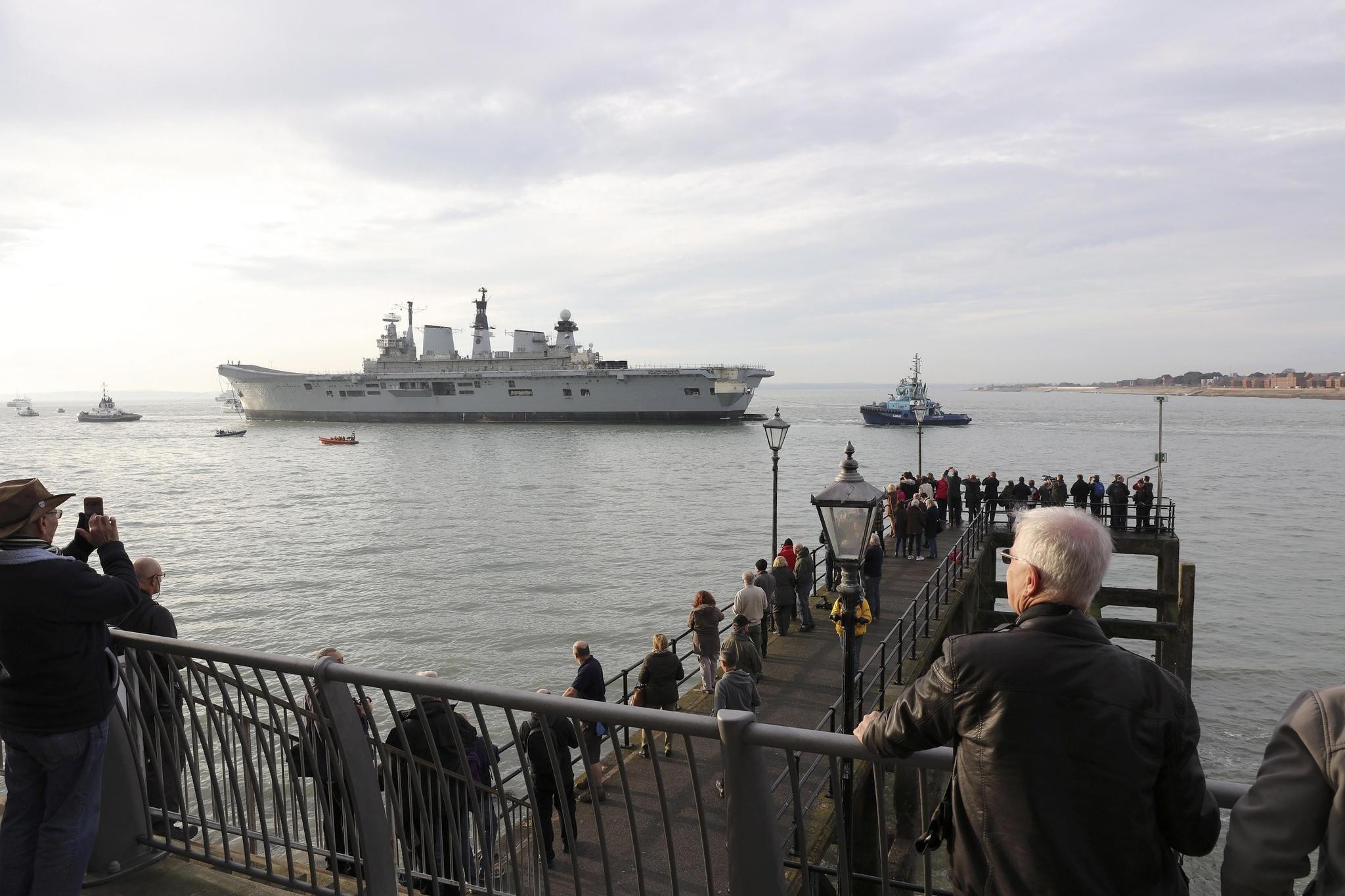 The Queen Elizabeth HMS Illustrious, Britain's last working aircraft carrier, has begun her journey to her final destination: a demolition yard in Turkey.

Sailing out of her home port in Portsmouth for the final time, HMS Illustrious will be scrapped and recycled in Turkey's west.

The ship was bought by LEYAL, a Turkish ship recycling company based in the district of Aliağa in İzmir, for 2 million pounds ($2.7 million).

HMS Illustrious will arrive at İzmir after a 20-day journey.

The aircraft carrier was commissioned in 1982 for the Falklands War and had been deployed to conflict zones including Bosnia, Iraq and Sierra Leone.

The 22,000-tonne ship, also known as Lusty, was officially decommissioned in 2014 after 32 years of service. The former aircraft carrier had been based in Portsmouth Harbour in Hampshire since 1982.

Queen Elizabeth II and her husband, Prince Philip, the Duke of Edinburgh, had visited Istanbul in 2008, accompanied by the ship.

The HMS Ark Royal, the sister ship of HMS Illustrious, was also dismantled and recycled by LEYAL Ship Recycling Ltd in 2013. The company had paid about 10 million Turkish Liras ($3.4 million) to buy the aircraft carrier.

The ship will be replaced by two bigger, next generation aircraft carriers: HMS Queen Elizabeth and HMS Prince of Wales.