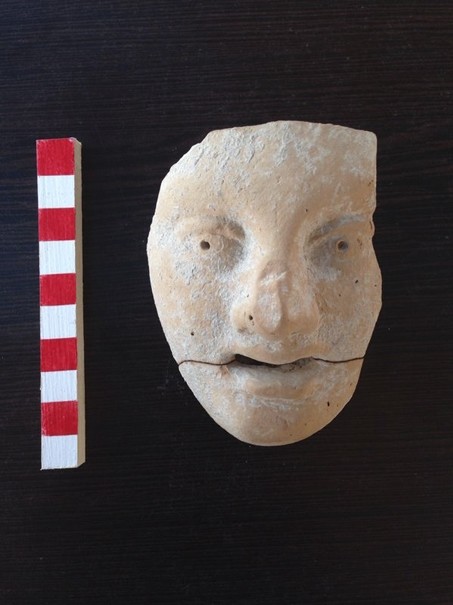 by Anadolu Agency Dec 28, 2016 12:00 am
The excavations in the ancient city of Magarsus in Adana will focus on unearthing the ancient theater's orchestra and stadium sections next season.

The city was named after the Magarsia priestess in the Temple of Athena where Macedonian King Alexander the Great sacrificed an animal before the battle with Persian King Darius in 333 B.C. The history of the ancient city of Magarsus can be traced back to the fifth century B.C.

Speaking to the press, Deputy Director of the Adana Museum Nedim Dervişoğlu said that the ancient theater in the archaeological site was discovered during the previous excavation season. Stating that the excavations will continue thanks to the support provided by the Culture and Tourism Ministry, Dervişoğlu said: "The excavations in Magarsus will continue in the orchestra pit of the theater and the stadium of the ancient city. Following the stadium excavations, archaeologists will also focus on unearthing the temple. The project phase of the restoration and conservation of the ancient theater will begin soon."

Provincial Culture and Tourism Director Sabri Tari said that the ancient city of Magarsus was introduced to scientific circles and the public through academic studies after the excavations started in 2013. Tari claimed that Adana Governor Mahmut Demirtaş's interest in the project will improve Adana's tourism industry.
RELATED TOPICS