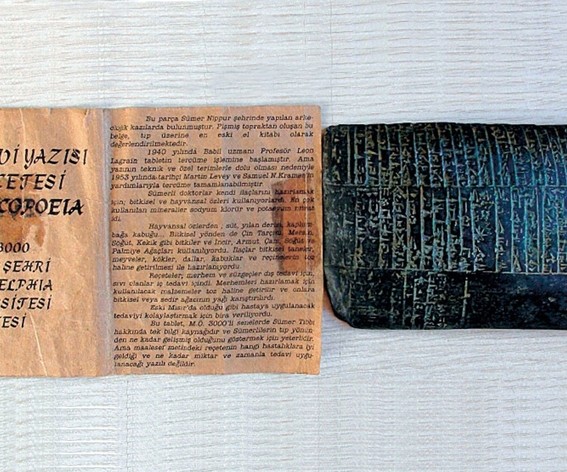 by Daily Sabah Jan 13, 2017 12:00 am
A medical prescription belonging to the Sumerians has been seized by the Police Department in Diyarbakır. The cuneiform script is considered the to be the oldest medical handbook in the history of medicine.

Experts are currently investigating the origins of the ancient artifact dating back to 3,000 B.C., as well as where it was before being brought to Diyarbakır. The cuneiform script was discovered in an excavation.

The translation of the script was launched by Babylon expert, Professor Leon Legrain, in 1940 and finalized in 1953 with contributions from Martin Levey and Samuel N. Kremain.
RELATED TOPICS