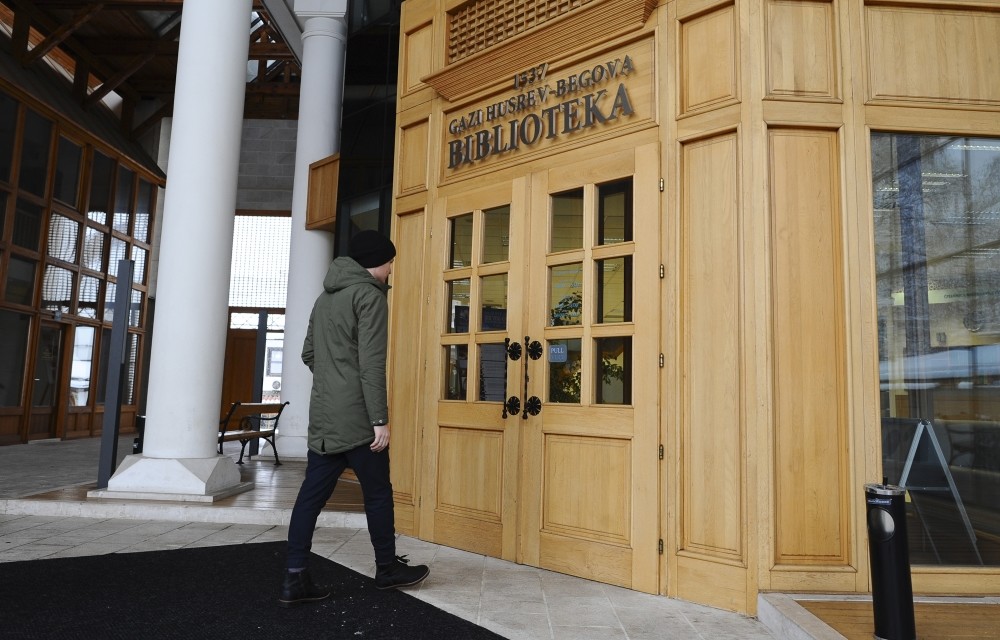 The oldest known library in the Balkans, Sarajevo's Gazi Husrev-beg Library has witnessed 480 years of history, hosting many precious manuscripts and source books about Islamic civilization

Gazi Husrev-beg Library is the oldest known library in the Balkans and considered the "memory" not only of Bosnia and Herzegovina but entire Balkans due to the manuscripts it contains.

The library has been offering its services to the academics and bookworms in Bascarsija, the historic bazaar in Sarajevo, for 480 years. With more than 10,000 manuscripts in Arabic, Ottoman and Farsi, the library is labeled as a "memory box."

Osman Lavic, the director of the Gazi Husrev-beg Library, spoke to an Anadolu Agency correspondent and told us the manuscripts in the library were brought to Sarajevo from different regions. He said there were almost 100 madrasahs in Sarajevo during Ottoman rule and each madrasah had its own library. 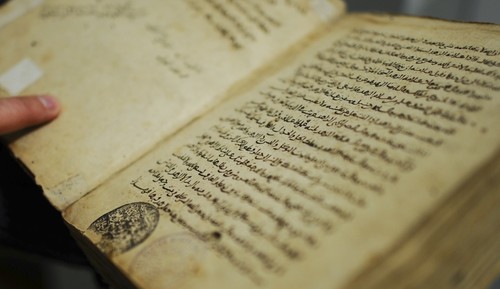 The library has been offering its services to academics and bookworms of Bascarsija, the historic bazaar in Sarajevo, for 480 years. Housing manuscripts belonging to 12th, 13th and 14th centuries, the Gazi Husrev-beg Library is proof that Bosnia and Herzegovina once played an important and active role in Islamic Civilization.

Although Bosnia was a hub for scholars on account of its madrasahs and libraries, once the tradition of waqf (charitable foundation) began to fade away, the manuscripts from all these libraries across Bosnia were brought to Sarajevo. Additionally, some manuscripts from Mecca, Medina, Istanbul and Damascus were transferred to the Gazi Husrev-beg Library.

Among all the old books and manuscripts on the shelves, the most valuable book in the library is "Ihya' ulum al-din" (Revival of Religious Sciences) by Islamic scholar Al-Ghazali. Written in 1105, the book is also the oldest copied written work in the world. 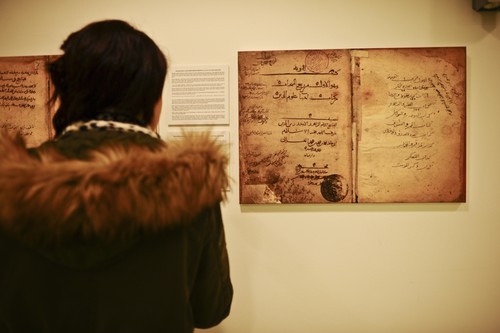 Housing manuscripts belonging to 12th, 13th and 14th centuries, the Gazi Husrev-beg Library is proof that Bosnia and Herzegovina once played an important and active role in the Islamic Civilization.

Director Lavic stated the manuscripts cover a range of subjects in addition to the Islamic sciences, such as mathematics, geometry and astronomy.

"Each manuscript has its own story. What we do here is trace the footsteps back and discover from where and how these manuscripts found their way to our lands and library," Lavic added.

Lavic added that the library has witnessed many wars during its history and has been damaged in many times, where upon books were lost.

"The library was located on the garden of the Hünkar Mosque during the World War II. A mortar fell on the roof of the library and set the roof on fire. There is a Franciscan Church right behind the mosque. The church official Blogoljub Pervan called the firemen introducing himself as a high ranking official in order to encourage them to put out the fire as soon as possible," he said.

Lavic further informed us that the Oriental Institute was set on fire during the Bosnian War and a total of 5,240 manuscripts were burnt to ashes. Fortunately, the manuscripts were copied to microfilm before the fire by the end of 1995 thanks to machines sent from Malesia and underground tunnels dug to bring aid to Bosnia.
RELATED TOPICS