Çatalhöyük home to figurines of old women, not goddesses 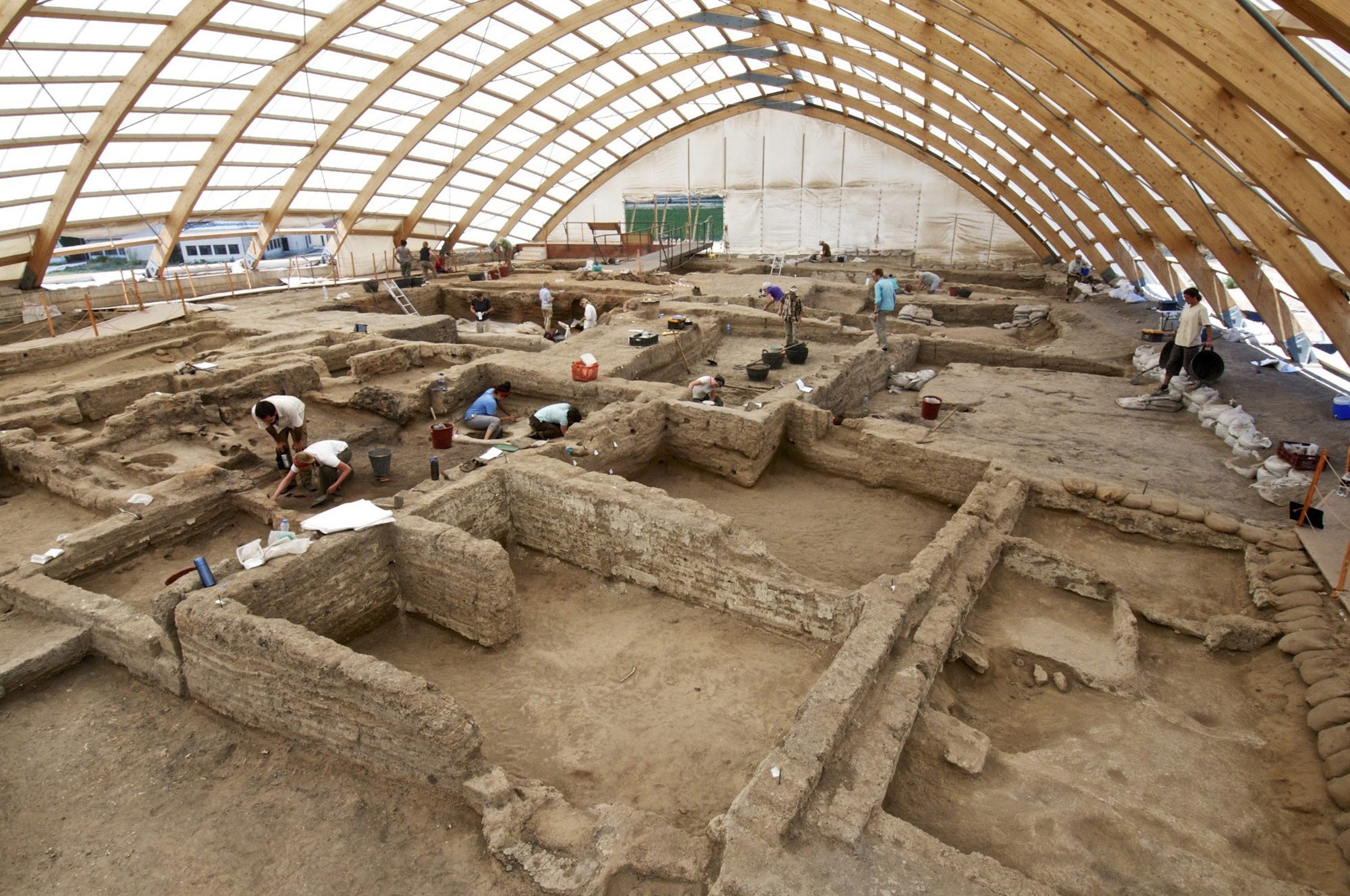 In Konya province's Çatalhöyük ancient site, which sheds light on the culture of one of the first human settlements, two unearthed figurines reportedly represent ‘old women' of the civilization, rather than ‘mother goddesses' as it was thought earlier

Figurines discovered in excavations in Çatalhöyük in the Çumra district of the central Anatolian city of Konya once thought to represent "mother goddesses," reportedly represent "old women."

In a 2016 report about the excavations, the head of the Çatalhöyük Research Project Professor Ian Hodder of Stanford University, said they found themselves in a garbage dump instead of old houses when they reached the oldest strata of settlement in 1999.

Saying that they still do not know what the first houses in Çatalhöyük looked like, Hodder said oval-plan houses were discovered by Douglas Baird in Boncukluhöyük, which dates back 1,000 years before Çatalhöyük.

Hodder emphasized that discovering the first strata of settlement is very important, and they worked from May to July 2016 to reach this goal.

Hodder said they discovered the first figurine next to a grave, and they thought this object was put there on purpose and a new platform was built on the old one.

Hodder added that the figurine, which was made of marble, was discovered next to a piece of an obsidian knife.

"After this figurine, we discovered the second figurine in a heap of lime. This figurine, which was made of limestone, has a piece of galena, which is reflective like a mirror, and two beads near its head. It also has two holes there as if it used to be hanged. The areas where we discovered these findings prove that these objects were put there on purpose, which is very important. Both their location and the fact that they were buried with other objects such as obsidian and galena signify an extraordinary situation. Also, graves under platforms on the top layer of the archaeological site are not common. This made us think that these objects may have replaced human funerary," he said. 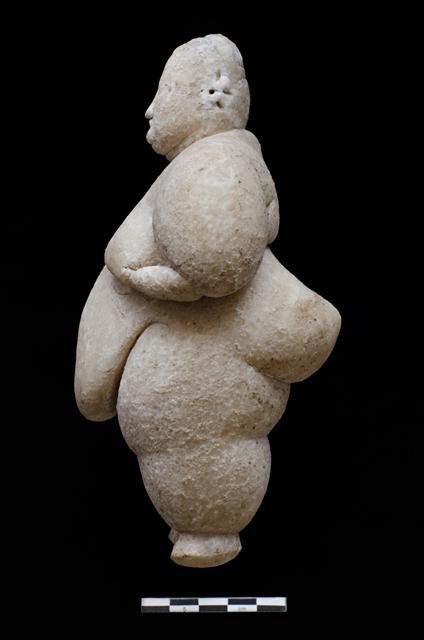 Çatalhöyük is considered one of the first human settlements. Çatalhöyük, where 8,000 people gathered and established a city in the Neolithic era, is located in the Çumra district of Konya. Discovered by British archaeologist James Mellaart and his team in the 1960s, Çatalhöyük witnessed new excavations under the leadership of Professor Hodder in 1993.

Social structure of humans who lived in adobe houses next to each other, and their eating and clothing habits are among the research topics in Çatalhöyük.
Last Update: Jan 16, 2017 2:20 am
RELATED TOPICS