Tombs found in Stratonicea date back to Byzantine era 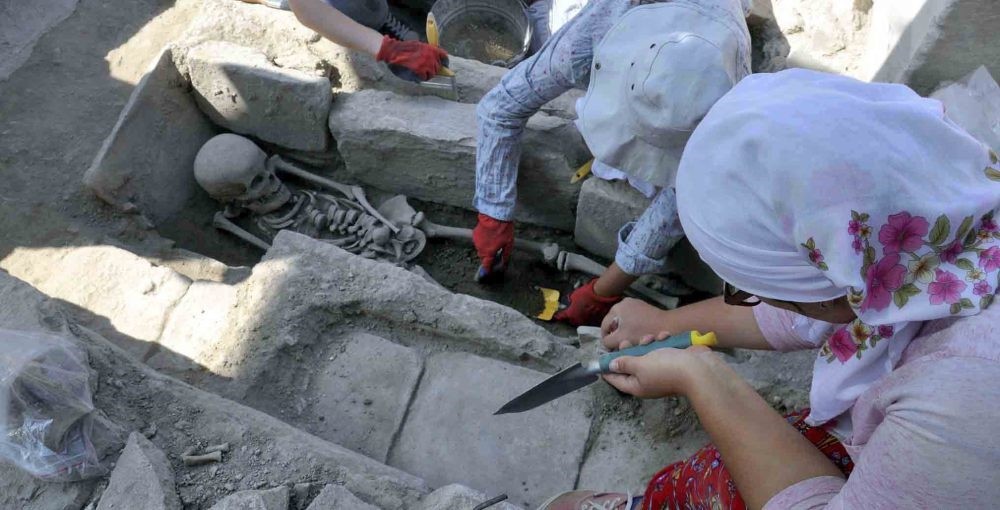 An ancient city with a long history dating back 3,500 years, the ancient city of Stratonicea in Muğla province has been excavated for some time where 65 tombs have been revealed recently, shedding light on the population of the city back in Roman times

Archaeologists have discovered a total of 65 tombs belonging to the Byzantine Era in the ancient city of Stratonicea (Caria) during excavations last year.

Professor Bilal Söğüt of Pamukkale University, the head of the Stratonicea excavations, talked to an Anadolu Agency correspondent and said the excavations in 2016 revealed new discoveries about the 3,500 years old settlement. He further informed that archaeologists discovered traces of different settlements belonging to different eras in the ancient city, also known as the "City of Gladiators."

The ancient city of Stratonicea is in UNESCO's Tentative World Heritage List located in Muğla and remained an important hub during the Hellenistic era as well as Roman, Byzantine, Turkic beylik, Ottoman and Republican eras.

Söğüt stated that every year the excavation team reveals new data about the ancient city. "Stratonicea is a living ancient city. It is a very unique settlement. There is no other ancient city where you can see structures belonging to the ancient times and the modern times that are all protected until the present day," he said. 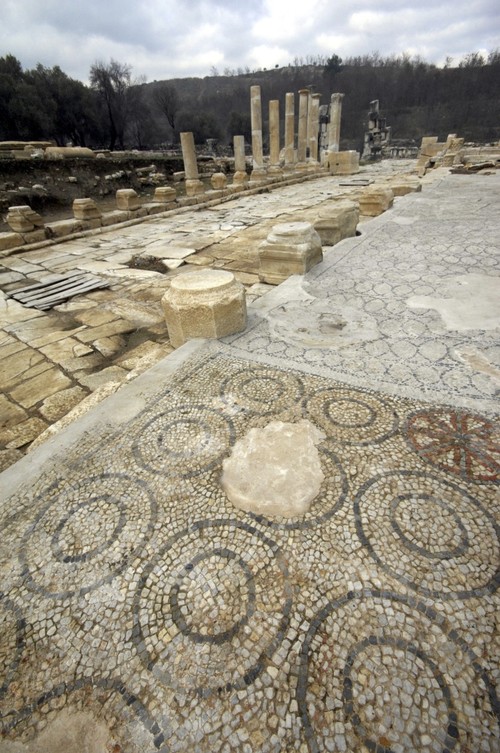 Professor Söğüt underlined the fact that Stratonicea, which was once home to the Carians and the Leleges, was an important settlement for thousands of years and that Byzantine tombs were this year's biggest discoveries.

Stating that the excavation team unearthed remains belonging to the Hellenistic, Roman, early Byzantine, mid-Byzantine and Turkic beylik eras in different layers of the ancient city, Söğüt continued, "As a part of the excavations, archaeologists also continue excavations in the graveyard. During last year's excavations we discovered a total of 65 Byzantine tombs. Tombs belonging to adults and children were unearthed during the work."

Söğüt added that they discovered a skeleton that measured 120 centimeters in the last tomb they opened and said they believed that the body belongs to a young woman who died 1,300 years ago. He further went on to say that the tombs are Byzantine structures and the skeleton they discovered was taken under protection once the cleaning work was finished.

It is possible to see historic integrity and continuity in the excavations in Stratonicea, noted Söğüt. Western Avenue, which is one of the main avenues of the city, is one of the places that the visitors can see different layers of settlements.

"After the Hellenistic era, a church was built in this area. When the church was demolished, the Byzantines used the area as a graveyard. During our excavation work, we discovered and cleaned 65 tombs. There is a Hellenistic-era avenue, a Roman landscape, a church and a Byzantine graveyard in the same place and we are protecting them as they are," he said.

Stating that excavation work on the Byzantine graveyard will continue in 2017 and all the remains discovered in the excavations will be taken under protection,

Söğüt further said the findings in the Ancient City of Stratonicea will very soon be displayed for the visitors with 3D technology.

Visitors will be able to see many structures belonging to different eras once the excavations are over.

"We raised most of the city in 3D. While the visitors walk on the roads build by the Ottomans, they are happy to see 3D versions of the buildings and have a better understanding of the structure of the city. We use 3D in the Byzantine gravures and graveyards," he said.
Last Update: Jan 17, 2017 1:48 am
RELATED TOPICS