Anatolia's history of religion through houses of worship and prayer 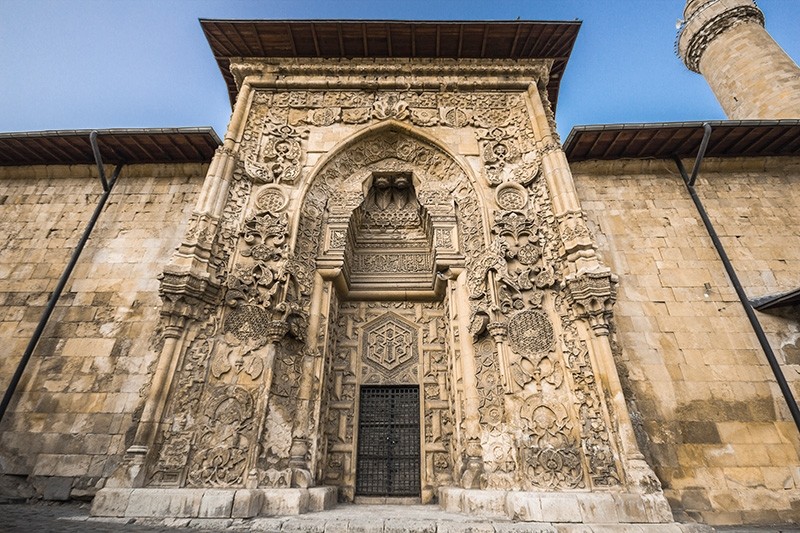 With its fertile lands and mild climate, Anatolia has always been the apple of humankind's eye. It has witnessed numerous civilizations come and go, and it is also a bastion of religion having been home to many different religious communities

Long before monotheistic religions came to earth, Anatolian civilizations built temples for their god and gods to honor them and create a place to worship for the masses. Rich in culture and history, these lands have been home to many forms of religion and offer the modern audience a glimpse into the belief systems of the past inhabitants of Anatolia. 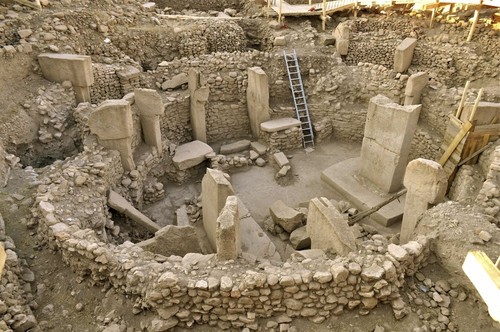 Located in the southeastern province of Şanlıurfa, Göbeklitepe is internationally known as the place where humankind began to worship a higher power in nature. Famous for its T-shaped pillars and circular-planed carved stones, Göbeklitepe, dating back 12,000 years ago, is known as the oldest public place of worship in the world. Humankind's construction of human-shaped stylized stones, the largest one of which is more than 16 tons, before advancing beyond pottery or agricultural activities to sustain daily life, points to the importance of religious belief. Göbeklitepe was nominated by UNESCO for World Heritage in 2011.

Dating back 9,000 years, Çatalhöyük is known as the largest village belonging to the Near East in the Neolithic and Chalcolithic Period. Located 52 kilometers (32 miles) from southeastern Konya to the north in the province of Çuma, Çatalhöyük is a very important settlement that illuminates the Neolithic period with its terrific artefacts and is considered to have been home to the oldest mother goddess cult center in Anatolia. There are also relics that remain in the houses, such as bull heads and horns. The walls of these sacred spaces, which display the beliefs of the people living in Çatalhöyük, include bull heads as well as bull figures, and wall paintings of people and other animals. Çatalhöyük entered the UNESCO World Heritage List in 2012.

Located two kilometers (1.2 miles) from Hattusa, the Hittite capital in Çorum's Boğazkale province is one of the most beautiful examples of Hittite temples in Central Anatolia. There are many gods and goddess relics, instead of certain gods of the Hittite pantheon with a thousand gods. It dates back to the 13th century B.C. and consists of three galleries called A, B and C. These galleries, which are made up of long corridors, have small niches for the sacrifices to god.

The Temple of Athena (Ancient City of Assos)

Built on a hill in the Behramkale village of Çanakkale's Ayvacık province overseeing the mighty Aegean in 525 B.C., the Temple of Athena dominates Edremit Gulf and Lasbos. The temple is dedicated to Zeus's beloved daughter Athena, the goddess of art, strategy and peace in ancient Greek mythology. Athena is the guardian god of the ancient city of Assos and the temple is the first known example of unvarying architecture of the Archaic Age in Anatolia. The goddess statue in the sacred chamber of the temple was taken abroad by the Americans in the 1800s. Currently, the Culture and Tourism Ministry displays a miniature of the completed original Temple of Athena in the remains of the building.

The Temple of Artemis (Ephesus)

The Temple of Artemis, which is dedicated to the goddess Artemis, is located in the ancient city of Ephesus in İzmir's Selçuk province. Thought to have been built in the fifth century B.C., the temple is considered one of the Seven Wonders of the World. There is a pillar piece sited by the Temple of Artemis in order to determine its place today. The parts of the works of the most famous sculptors of the period are exhibited at the British Museum. The cult statue of the temple, Artemis, is exhibited at the Selçuk Museum. 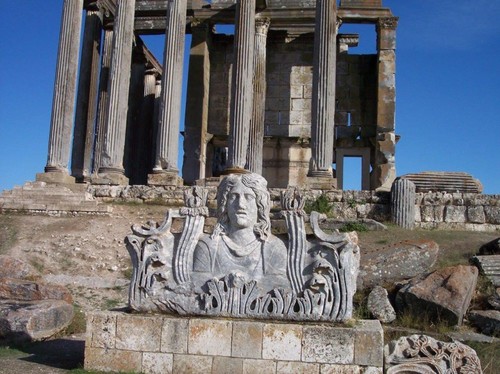 Located in Kütahya's Çavdarhisar province is the best preserved temple of Zeus in Anatolia. The city thrived during the 2nd and 3rd centuries became a diocese in the Byzantine era. A stadium, theater, mosaic baths and a gymnasium, bridges, a necropolis and stock market structures constitute the most important sites of the city. The construction of the temple began in the 2nd quarter of the 2nd century A.D. 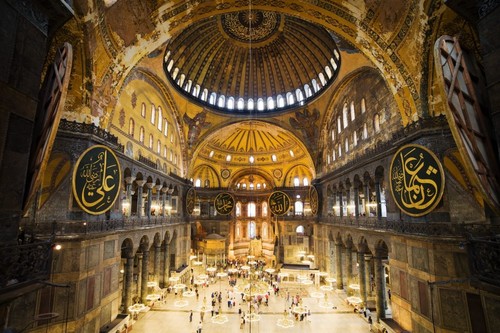 One of the landmarks of Istanbul, Hagia Sophia served as a cathedral and the greatest church of the capital where monarchs were crowned throughout the Eastern Roman Empire period. It was built for the third time between 532 and 537 by the Byzantine Emperor Justinian I, who boasted of the height of the dome. After conquering the city in 1453, the Ottoman Sultan Mehmed the Conqueror did not touch Hagia Sophia's structure and turned it into a mosque, serving the Muslim community of Istanbul for hundreds of centuries. One of the greatest ancient structures of the world, Hagia Sophia was turned into a museum in Feb. 1, 1935.

Located in modern day province of Sivas, the Divriği Great Mosque was built by the local dynasty of the Mengujekids in the early 13th century during a time when Anatolia was largely ruled by the Anatolia beyliks. The mosque is in fact in a form of a health and education complex, featuring a hospital and a madrasah. The interior of the mosque consists of stone piers, which support the stone vaults above. The central bay of the mosque appears to have been left open to the sky, as is the case in other medieval Anatolian mosques that omit courtyards. Some carved wooden panels said to belong to the royal platform are today on view in the museum of the Directorate of Pious Endowments in Ankara.

The Blue Mosque, also known as "The Sultan Ahmed Mosque" with its about 20,000 blue, green and white İznik tiles, has a great reputation among domestic and foreign tourists in Istanbul. It is located in a complex consisting of a mosque, a madrasa, a dar ul-kurra (Quran school), a muvakkithane (timing room), a sıbyan mektebi (elementary school), an arasta (bazaar), a hamam (bath), an imaret (public soup-kitchen), a darüş-şifa (hospital) and a tomb. The mosque that Ahmed I had Sedefkar Mehmed Agha build from 1609 to 1616 is the first six-minaret mosque in Turkey. It is one of the most beautiful and most magnificent mosques from the Ottoman period. The inside of the mosque is illuminated via 206 windows. Its large dome is supported by four huge pillars called "elephant legs." It is part of the site that was added to UNESCO World Heritage list in 1985 under the name of Istanbul's Historical Sites.