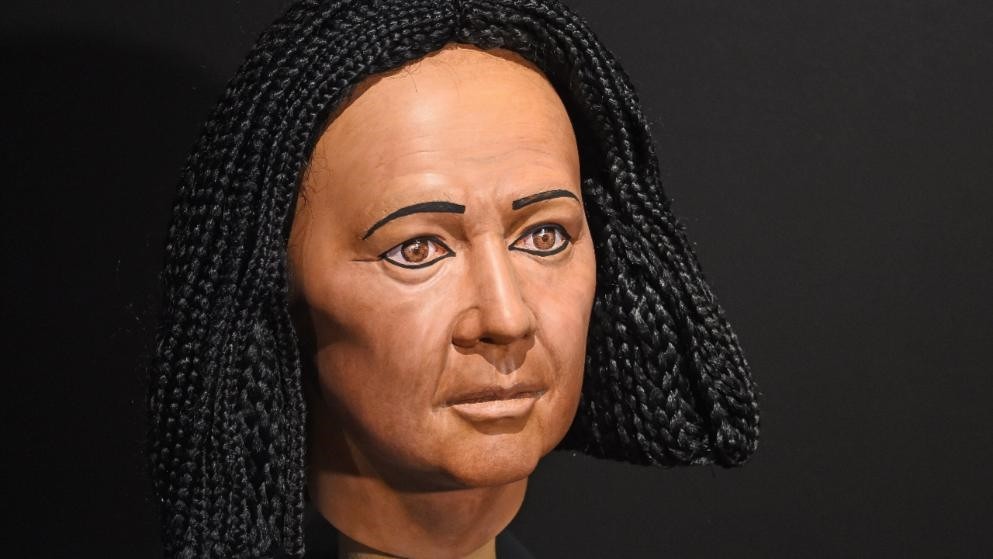 The face of a 4,000-year-old Egyptian mummy from the Old Kingdom of pharaohs has been reconstructed using the latest technology and is now ready to meet visitors in Germany, reports said on Wednesday.

The face of Idu II is now on display at the Roemer-Pelizaeus Museum in Hildesheim, according to German daily Bild.

The director of the museum, Regine Schulz reportedly said that Idu no longer looks scary and looks like any ordinary person living today.

The remains of Idu were moved to a special room, where his mummy, sarcophagus and other possessions, including stamps, gold and jewelry are displayed.

Idu II was reportedly a senior royal official who served during the period of the Old Kingdom, around 2,200 BC.

His tomb was discovered in 1914 in the western part of the royal tombs at Giza.