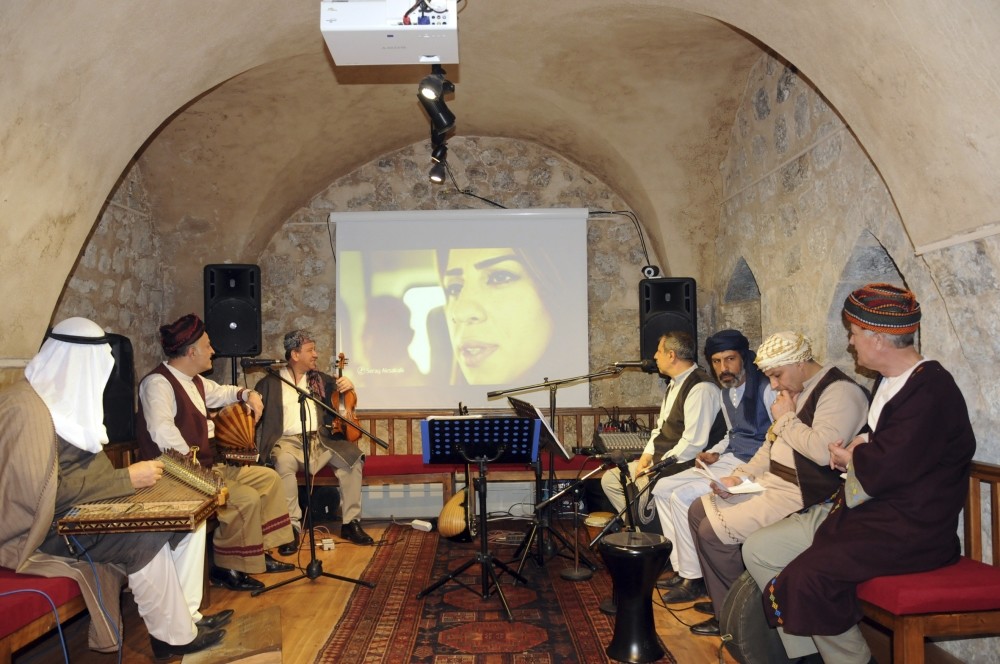 by Anadolu Agency Jan 25, 2017 12:00 am
The 300-year-old "leyli night" tradition, which was almost lost in the dusty pages of history, is being resurrected in Turkey's southeastern Mardin, the "city of religion and languages."

In its efforts to revive traditions that have almost sunk into oblivion, the Mardin Museum Directorate is arranging weekly "Leyli Nights," at its conference hall, inviting the region's residents, local and foreign tourists, students and their parents, nongovernmental organizations and executives.

Traditional local tastes unique to the region, such as "acin" and "sembusek," are served to the guests and folk songs identified with leyli nights are performed within the museum by the Reyhani Music Orchestra, which takes to the stage in traditional costume. The guests perform "reyhani," a folk dance unique to the region.

Speaking to Anadolu Agency (AA), the director of Mardin Museum, Nihat Erdoğan, noted that they are trying to revive the tradition of the leyli night, a 300-year-old custom which has the power to gather people from different religions who speak different languages together, with the "universal language" of music.

At these nights, which reflect the rich cultural heritage and unique entertainment styles of the region, neighbors come together to enjoy local songs and folk music. Erdoğan stated that they are trying to introduce the historic culture in the region to current residents and that such entertainment acts like a bridge between the past and today.

Traditional Mardin storyteller Tacettin Toparlı said that leyli nights mostly took place during the long winter months so neighbors could meet each other and acted as nights of entertainment and music. "We are trying to bring back this night, which has a special socializing effect on the local community. It used to be a form of entertainment mostly attended by local Mardin women and everyone who attended the night was capable of playing an instrument," he said. Toparlı added that neighbors just brought along with them whatever had been cooked in their homes that night.

Seventy-five-year-old Mardin resident Selahattin Güler also confirmed that it is one of the oldest local traditions among neighbors that took place in people's homes, with or without a significant reason. "We would like the traditional music of those times to be introduced to young generations and to those outside of Mardin," added Güler.
Last Update: Jan 25, 2017 1:12 am
RELATED TOPICS